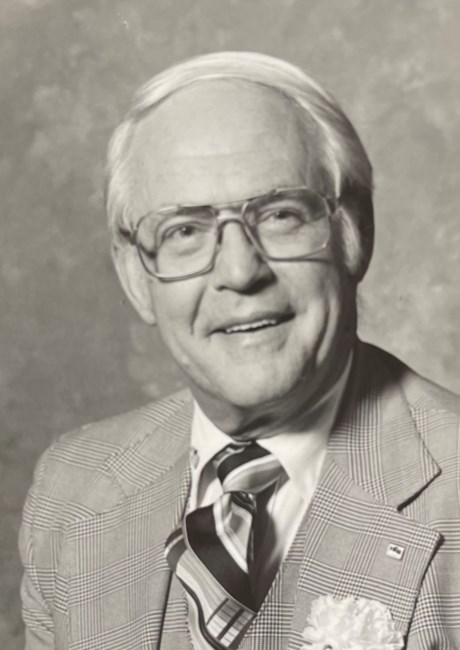 Harold Ashworth, 97, passed away on Sunday, September 18th in Columbus, Ohio. Harold is survived by his loving companion Irene Stone, his daughter, Beverly Ashworth, his granddaughters, Alexandra and Cassandra Ashworth, grandson, Nickolas Ashworth and his 2nd cousin, John Durst. He was preceded in death by his son, Andrew Ashworth, his parents Lillian and Everett Ashworth and his sister Irene Thayer. Harold was born and raised in Columbus Ohio. He attended tech school in Chicago where he learned about emerging technologies in home appliances and electronics. With this education, Harold launched Ashworth’s Appliance (formerly S&A), which operated for many years in the Linden neighborhood of Columbus, Ohio. After many years as a business owner, Harold shifted careers into real estate and joined HER Realtors in Westerville, Ohio. He had a successful career here for over 20 years before retiring. Harold will be remembered by those who loved him for his wit and charm. He had an easy disposition and felt at home in the world, whether traveling with his dear companion Irene or cruising around town in his Cadillac. Harold made friends quickly and freely, but he also appreciated quietly working through a million Sudoku puzzles. He enjoyed the simple, sweeter things in life and never met a flavor of ice cream he didn't love. A viewing will take place at SCHOEDINGER NORTH, 5554 KARL ROAD, COLUMBUS on Monday, September 26 from 11:00 AM to 12:30. This will be followed by a small graveside service at Union Cemetery.
See more See Less

In Memory Of Harold Ashworth