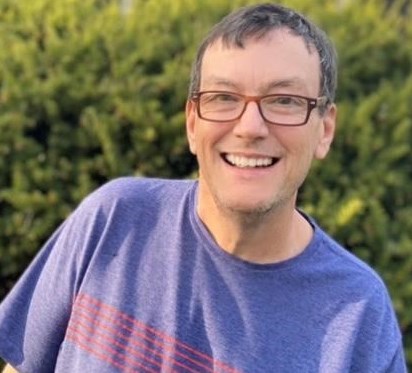 Jerry was born to Gerald and Rita Creech Mueller on September 27, 1966 in Connersville. He attended Connersville High School and was a proud member of St. Gabriel Catholic Church. He relished anytime spent outdoors; you could often find Jerry walking outside enjoying nature, singing, dancing, and swimming. Jerry had a heart of gold, he genuinely enjoyed getting to know people, making new friends and seeing the world from other peoples perspective. His most treasured moments were made around the table on Sunday afternoons with his family. Jerry loved spending time with his family or his friends.

Jerry is survived by his father: Gerald Mueller and his wife Marilyn of Franklin, Indiana; his son: Cyrus Williamson of Connersville; his daughter: Carol Mueller Ford of Connersville; -grandchildren: Jameson, Thomas, Nolan, Atlas, Benney and Kaden. His sisters: Ann Harrison and her husband Andrew of Indianapolis; Kelly Saffell of Indianapolis; his brother: Jay Bennington and his wife: Melissa of California; several nieces and nephews and aunts and uncles and cousins.

A Celebration of Life will be conducted on Tuesday, November 30, 2021 at Showalter Blackwell Long Funeral Home, Myers Chapel, Connersville, at 3:00 p.m. with Father Dustin Bohem officiating. Friends may visit the funeral home from 1:00p.m. until the time of the service.

In Memory Of Gerald "Jerry" A. Mueller