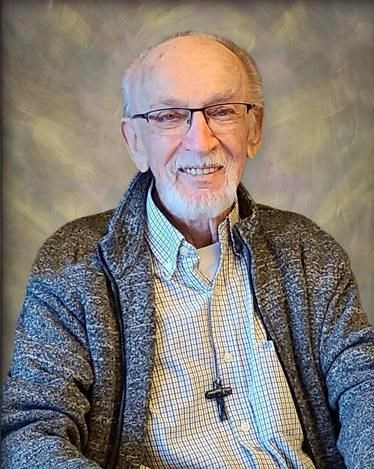 Walter Henry was born April 10, 1928 to Lloyd and Marion (Will) Goodwin in Grand Forks, North Dakota. Walt passed away peacefully at the age of 93, at his home of 66 years in Spring Lake Park, Minnesota on the morning of January 14, 2022. Walt’s children, Scott and Dianne, held his hands as he drew his last breath, and the room was filled with love. Walter married his high school sweetheart and love of his life, JoAnn McIsaac, in 1949. JoAnn passed in 2019, shortly after their 70th anniversary. His five wonderful siblings also preceded Walt in death, including Don (Arlene), Ellen (Scott), Gene (June), Marilyn (Kent), and Dan (Shirley). Walter is survived by children Scott (Donita) and Dianne (Tracie); grandchildren Todd (Michelle), Cori (Mike), Rich (Carrie) and Dawn (Chad); and great grandchildren Makayla, Zakary, Kaylee, Layne, Lylli, Mickey, Olivia, and Vivian. Also surviving Walt are many much-loved nieces and nephews. Family was everything: Walt and JoAnn were very active in their great grandchildren’s lives, and they attended countless dance concerts and baseball games. Walt enlisted in the Army after high school and was deployed in Japan during WWII. He worked at the Star Tribune for 35 years as a photoengraver. After retiring, Walter spent endless hours crafting furniture and other treasures for his family and community in his woodworking shop. He built a stunning fifteen-foot cross for Christ Lutheran Church, which still hangs in the sanctuary. Walt and JoAnn were charter members and had many, many dear friends there. In times of the Covid pandemic, Walter continued to attend church on Zoom, never missing an opportunity to connect with his beloved community. He looked forward to Monday night sleepovers with his son Scott, sharing stories of his youthful shenanigans and time on his Granddad’s farm. On Saturdays, together with his grandson Todd, Walt brunched at Roman’s Café in Columbia Heights, where servers affectionately called him “Grandpa”. Granddaughter Cori and her family would often stop over to visit with lunch. Grandpa loved talking with all the kids and hearing about their lives and dreams. Walt was gentle, loving, giving, creative, and above all else so very kind. He was interested and curious about other people and about the world, reading the Star-Trib every day and meticulously cutting out articles that he thought would be of interest to family members. This past year he found an enticing recipe in the paper, so he and Dianne made a superb Rustic Tomato tart. They also made green tomato relish, like his mother used to make - a huge adventure given neither of them had ever canned! He was known in his neighborhood as always active: growing tomatoes, doing yard work, shoveling snow (at 93!), and taking walks, where he was always happy to stop and visit with neighbors. He loved people. Those who knew Walt knew love. A celebration of Walt’s life will be held May 21st at Christ Lutheran Church, with visitation at 10, a service at 11, with lunch to follow. At 2 pm, Walter will be buried with military honors at Morningside Cemetery with JoAnn at his side, as they always were in life. The service will also be available via Zoom: https://us02web.zoom.us/meeting/86938950534
See more See Less

In Memory Of Walter Henry Goodwin