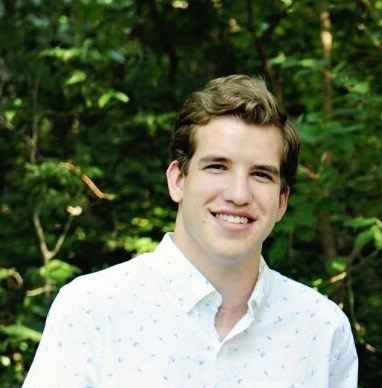 MICHAEL JON STAPLES, born February 9, 1997 in San Francisco, California to Jon and Amy Wagner Staples, passed away suddenly on September 24, 2016. For the nineteen years he was with us, Michael was the greatest gift his family ever received. He was completely immersed in his family, friends, and the local hockey community. Michael was a dedicated teammate, genuine friend, irreplaceable brother, and beloved son. Although he was summoned to our Lord at such a young age, the effects of his unbelievable ability to connect with others will remain with us forever. His random thought process and infectious smile will be so missed. Michael was a warrior. He graduated from Coppell High School in Coppell, Texas in 2015. Michael continued his education at North Lake Community College and began his sophomore year in the fall of 2016. Michael is preceded to Heaven by and has reunited with his mother, Amy Wagner Staples. He is survived by his loving father, Jon Staples; sister, Sarah Staples; brother, Matthew Staples; grandparents, Paul and Peggy Joan Wagner and Richard and Susan Staples; aunts, Dee Sullivan and Michelle Hickey; and uncles, Richard Staples, Thomas Staples, Jeffery Wagner, and Jason Wagner. The family will receive friends from 5:00 PM to 8:00 PM Friday, September 30, 2016 at the Rolling Oaks Funeral Home, 400 Freeport Pkwy, Coppell, Texas. The Funeral Mass will be celebrated by the Rev. Michael Forge and concelebrated by the Rev. Henry V. Petter at 1:00 PM Saturday, October 1, 2016 at St. Ann Catholic Church, 180 Samuel Blvd. Coppell, Texas. Pallbearers will be Matthew Staples, Sarah Staples, Richard Staples, Thomas Staples, Dylan Odelein, Keaton Cunningham, Connor Galloway, and Christian Frantz. Michael will be laid to rest with his mother at a later date in the St. James Cemetery in Whitman, MA In lieu of flowers, memorials may be made in Michael’s name to the Amy and Michael Staples Memorial Foundation, P.O. Box 364, Coppell, TX , 75019.
See more See Less

In Memory Of Michael Jon Staples