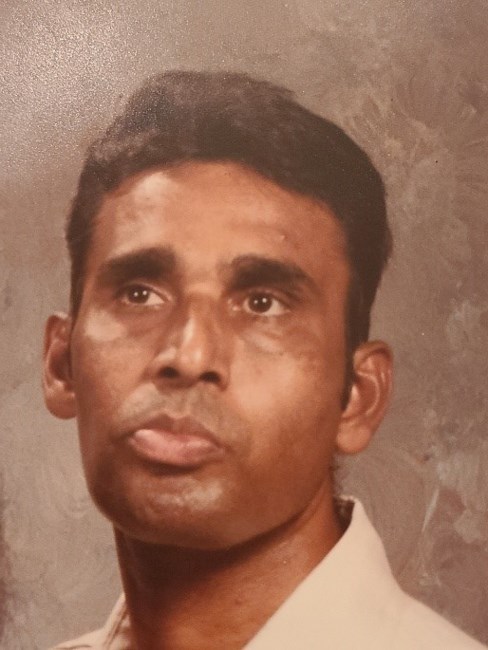 Our beloved Thomas Issac, went home to be with our Heavenly Father on Tuesday, November 16, 2021, at age 76.

Thomas Issac was born to K.M. and Aleyamma Thomas on February 19, 1945, in Chengannoor, Kerala, India. He was one of seven children. As a child, he actively played soccer and was captain of the team. He moved to Mumbai (Bombay), India for employment and stayed there for almost 12 years.

He moved back to Kerala, India and married his wife Annamma (Chinnakutty) Issac on June 11, 1973. They settled in Texas in 1977, where they raised 2 children, Leena, and Sabine.

Thomas Issac joins his father, KM Thomas, his mother, Aleyamma Thomas and his sister, Ammini Varghese in heaven. He is survived by his wife, Annamma Issac of 48 years, his daughter Leena and son-in-law, Sonu, his son, Sabine and daughter-in-law, Erin, and grandchildren, Dominic and Danica Varkey, Seraph, Evie, and Gabriel Issac. He is also survived by his brothers and sisters:

He was a dedicated father and stayed strong in his Christian beliefs and had an unwavering faith in God, which he shared with those who surrounded him.

I have fought the good fight, I have finished the race, I have kept the faith. (2 Timothy 4:7)

Fond memories and expressions of sympathy may be shared at www.rollingoaksfuneralhome.com for the Issac family.

In Memory Of Thomas K. Issac