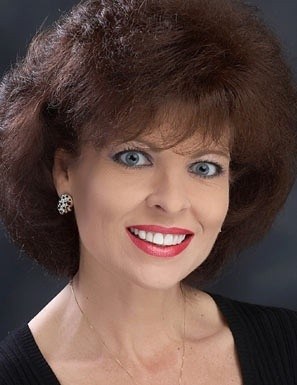 Diana Anna “Bubbles” Richter, age 48 of Copperas Cove passed from this life on May 19, 2010 in Copperas Cove with family and friends at her side. Diana was born October 13, 1961 in Douglas, Georgia to Herbert Hall and Erika (Wimmer) Hall. She Graduated from Copperas Cove High School with the Class of 1979. On March 9, 1985 she married the love of her life Lee Richter in Copperas Cove. She worked in the Mortgage Industry up until her untimely illness prevented her from working. Diana loved her family, friends and her pets. She will always be remembered for her wonderful ability to shop, cook and have fun. She was preceded in death by her father, Herbert Hall and a step son, Randy Richter. She leaves to treasure her memory her loving husband, Lee Richter of Copperas Cove; a step daughter, Terry Farmer and her husband Scott of Weatherford, TX; a step son Brad Richter of Copperas Cove; her mother and step father, Erika and Thomas Tsu of Copperas Cove; two brothers, Roy Hall of Buda and Rex Hall of Harker Heights and numerous nieces and nephews. A service celebrating the life of Diana Anna “Bubbles” Richter will be 2 o’clock in the afternoon on Saturday the twenty second day of May, two thousand and ten at the First Baptist Church in Copperas Cove with Dr. Andy Barron officiating and Chaplain Charles “Chuck” Leyden assisting. Interment services will follow in the Copperas Cove City Cemetery. After the interment services the family and guests will return to the First Baptist Church for a time of fellowship and visitation as was Diana’s wish. Serving with honor as pallbearers will be Bo Hodges, David Smith, Steven Hildinger, Wesley Wooley, Rickey Revis and Edward Gaston. In place of usual remembrances it was Diana’s request that memorial contributions be made to the Copperas Cove Animal Shelter, 408 Public Works Drive, Copperas Cove, Texas 76522 or to the animal shelter of your choice. The Richter family wishes to extend a very heartfelt thank you to Lori, Hope, Jeanie, Chaplain Chuck and all of the staff at Lighthouse Hospice for the sincere love and devotion you have shown towards Diana and her family during this very difficult period. Words of comfort may be shared with the family at www.crawfordbowerscopperascove.com Services have been entrusted to the care of Crawford-Bowers Funeral Home in Copperas Cove.