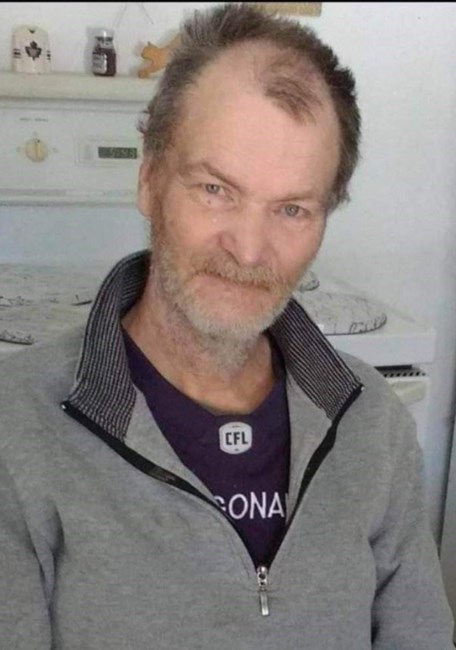 Peacefully at the Cornwall Community Hospital on Friday January 13, 2023, at the age of 63. Devoted husband of Jeanie (née Ward). He will be sadly missed by his sister Veronica Collins-Saunders and his brother Charlie Collins along with his adored in-laws Loretta Ward (Ronald Cyr), Merle Ward and the late Jeffrey Ward (late George Gunkle). Allan will be fondly remembered by his treasured nieces and nephews; Justin (and family), Melissa Cameron (and family), Patricia Brown (and family), Melissa Saunders (and family) and Patrick (and family) and numerous cousins. He will be by his fur family Vincent and Catherine, and joins his other fur family Keesha and Bobby. Predeceased by his parents Albert and Irene (née Williams) Collins and his brother Robert Fleming. Family will be present for the Celebration of Life on at Lahaie & Sullivan Cornwall Funeral Homes West Branch, 20 Seventh Street West (613-932-8482) on Sunday, January 22, 2023 from 1:00 p.m. to 4:00 p.m . As expressions of sympathy, donations to a Children’s Hospital of your choice or an animal charity of your choice, would be appreciated by the family. Messages of condolence may be left at www.lahaiesullivan.ca
See more See Less

In Memory Of Allan Collins