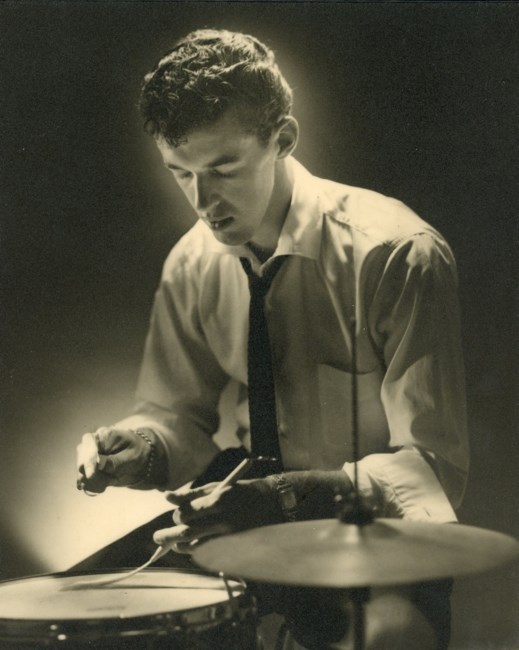 MCKENDRY, Norman Keith “Spike”- Peacefully in his sleep at Riverdale Terrace on Saturday, October 30, 2021. He was in his 84th year. In 1949, when he turned 13, he joined the Musicians' Union; (over the years it’s said that he was the youngest member to ever join the Union). Also in 1949, he joined the Air Cadet Marching Band and later the SD&G Pipe Band. Spike had been a fixture on the Montreal and Toronto jazz scene for many years. He performed in many jazz bands including with the Expo 67 Orchestra, CBC Orchestra, (toured in Germany) he has been recorded on an a jazz album with Sadik Hakim, and played in countless nightclubs including the Montreal Playboy Club 1967 - ~1975. Survived by his sister, Lorna McKendry, his son Bruce, and former spouse, Pat Mckendry. Predeceased by his parents, Cecil Clarence and Ella Elizabeth (Shepherd) McKendry, his beloved daughter Sally Willa McKendry and his beloved sister Sally Elizabeth McKendry. Spike will be remembered by his many beloved friends including Damon Roberts, Frank Hondt, Bud & Ava Thompson, Walter and Reg Schwager, Kate Roach, Bill “Penner” MacKay and so many more… A celebration of life is being planned for a later date. Cremation services entrusted to the M. John Sullivan Funeral Home, 341 Pitt Street (across from city hall) Cornwall. As expressions of sympathy, memorial donations to the Canadian Mental Health Association would be appreciated by the family.
See more See Less

In Memory Of Norman Keith McKendry