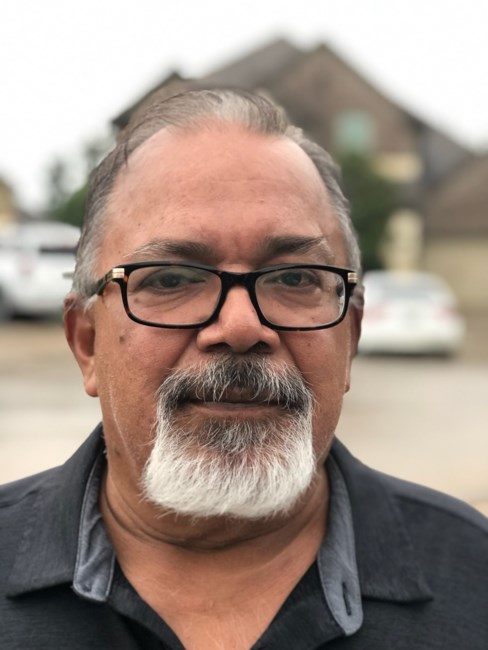 Adan G. Herrera, passed away on January 22, 2023 at 63 years old. He was born on July 9, 1959. He was a Master Plumber in the Corpus Christi School District for several years. He is preceded in death by his brother, Beto Herrera and sister-in-law, Yolanda Martinez Herrera. Adan is survived by his wife, Maria Morales; parents, Adan and Susana Herrera; son, Jason Herrera; daughter-in-law, Valerie Herrera; grandchildren, Ava and Maddox Herrera; brothers and sisters-in-law, Alan and Rose Herrera, George and Denise Herrera and Maria and Joseph Ramirez. Special thanks to the entire family and extended family, lifetime friend, Roy Vega, co-workers and many friends for your support and prayers; also thanks to Hoyt & Sue Gaylord, St. Luke’s Methodist Church and congregation for spiritual guidance and prayers, Carlos and Elva Flores and family for always being there for us. Pallbearers will be Jason Herrera, Chris Herrera, Alan Herrera, Cesario (JR) Moya, George Herrera, Alan Herrera Sr, Josh Garza. Honorary Pallbearers will be Roy Vega, Mike Linan, Oscar Ortiz. Visitation will be will be at Funeraria Del Angel Cheyenne, 549 Cheyenne St. on Tuesday, January 31, 2023 from 5:00 pm to 10:00 pm with a prayer service to be held at 7:30 pm that same evening. Funeral services will be held at Our Lady of Guadalupe Catholic Church, 540 Hiawatha, on Wednesday, February 1, 2023 at 10:00 am with interment to follow at Rose Hill Memorial Park, 2731 Comanche St. To offer condolences please visit www.funerariadelangelcheyenne.com and our Facebook page at Funeraria del Angel Cheyenne.
See more See Less

In Memory Of Adan G Herrera