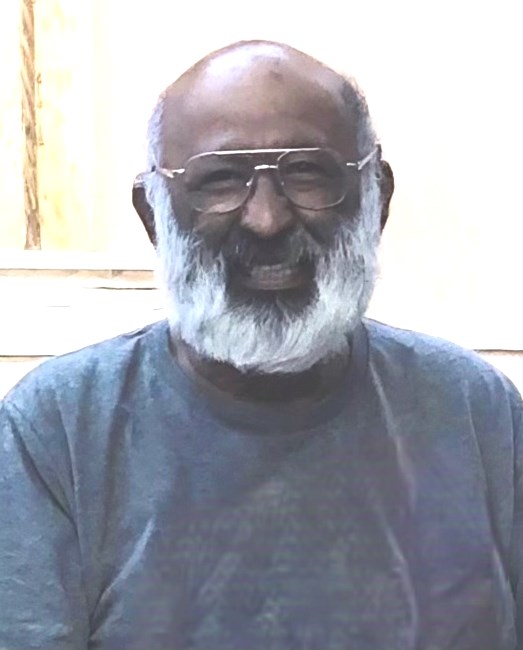 Hilario Garcia (July 11, 1958 - January 20, 2023) Hilario Garcia who was aptly named due to his hilarious nature, inability to take things too seriously, and overly jovial personality, passed away January 20, 2023. Hilario was a storyteller and a whole lot of fun. He would dress as Santa during the holidays and take gifts to his fellow dialysis patients and the patients at the cardiac rehabilitation center. Hilario would make each one tell them what they wished for and have them take a picture with Santa, bringing back fond childhood memories and hope to many. He was an active participant in educating people on the importance of heart health, so much so that he won the 2017 Heart Walk Healthy for Good Award. He would often speak of the great moments and times that he had with his parents and siblings. His love for his mom, Maria (deceased) was immense, as he was always referred to as her baby boy. His stepfather, Raphael Pineda was the best father he could have hoped for as he was always there whenever he needed support. He would fondly recount stories of the past shared with his siblings and their spouses, Juan (Irma), Mario (Mary), Rose (Richard), Herminia, Alicia, Maria Lena (Eliseo), and Mary. He also dearly loved all of his nieces and nephews, and great-nieces and nephews.. He married his main squeeze Nora Garcia, almost 42 years ago, with whom they had two girls, Stephanie Major of Austin, and Nicole Garcia of Corpus Christi. He taught them to hunt, to select a quality hammer, to love nature, and to just be thankful. He took great pride in stocking their tool boxes and helping them learn to do their own handiwork. He also took great pride in teaching his son-in-law William all of his carpentry skills. One of his regrets was not seeing his granddaughter Caroline Major graduate high school. An avid tele-novela watcher (he discovered how to use Netflix during the pandemic and watched 12 hours of tv in one viewing), he would often recount what had happened, telling the story as if it were real only to discover it was not his sister he was referencing, but rather the Maria on his latest show. He was also a wannabe top chef contestant, he would let you know that his soup was the best (he would often say his caldo worked miracles), his chili was the best, and he made a mean pot of beans. Hilario took fashion cues from no one. His signature everyday look was all his: a graphic T-shirt designed by the fashion house Fruit of the Loom, his black-label cargo shorts worn below the navel, and a pair of old school converse (who can even remember where he got those?) that were always paired with grass-stained socks. He excelled at gardening, rebuilding homes, rocking, outsmarting opossums, snow cone eating, collecting “treasures” or “junk” depending on who is asked, and loving his family. He helped to create a family atmosphere that was filled with love and laughter, even during the hardest of times. His greatest strength was laughing through all of his pain and disappointment, instead choosing to find the good in any given situation. . Because of his irrational fear that his family and friends would be too grief stricken upon his passing, we are asking that you join us in celebration of his life and humor. Visitation will be held at Memory Gardens Chapel, 8200 Old Brownsville Rd, Corpus Christi, TX on Sunday, January 29, 2023 from 5-7 pm, rosary to begin at 7 pm. Funeral service to be held on Monday, Jan 30, 2023 at St. Peter, Prince of the Apostles Parish, 3901 Violet Rd, Corpus Christi, TX 78410 at 10:00 am. Burial will follow at Memory Gardens Cemetery at 11:15 am. In lieu of flowers, the family asks that you make a donation to the Kidney Foundation or the American Heart Association. The family would also like to thank the Fresenius Kidney Care dialysis staff who took great care of him throughout his time on dialysis. Fond memories and expressions of sympathy may be shared at www.MemoryGardensFuneralHome.com for the Garcia family.
See more See Less

In Memory Of Hilario Garcia

Send flowers in the next 3 hours for guaranteed delivery.