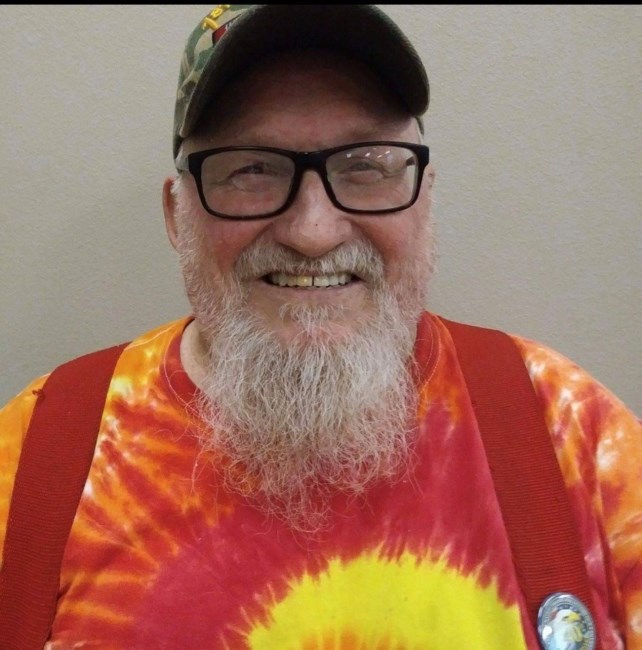 James E Chadden, loving father and grandfather, entered his eternal rest on January 19, 2023 at the age of 74. He was a proud Veteran of the United States Army, he loved spending every Memorial Day in downtown Corpus Christi celebrating his fellow Veterans. James dedicated over 20 years of his life to working for the Government at CCAD before his much earned retirement. In 1976, James attended Del Mar College where he earned his diploma, in Police Reserve Training. At the age of 70, some 42 years after earning his degree from Del Mar College, James returned to W.B. Ray High School and diligently worked towards earning his high school diploma. James was a God fearing, Jesus loving, proud Republican who always spoke his mind and called things exactly as he saw them. You either loved him, or hated him. James adored his dog Pumpkin amongst many other passions, such as astronomy and music. Music was an important part of James’ life, he loved playing piano, oldies and jazz. In life, James found joy in time spent with his grandchildren making memories and exploring new places, like taking them to see windmills up close for the first time. James was a man of many passions and hobbies such as making beef jerky and most recently, hydroponics. James was so full of life, he took pride in being a member of The Ground Zero Biker Church. Riding motorcycles was a passion James was able to share with his two sons who he taught to ride. Riding bikes and fishing was a pastime James was able to share with his boys. Traveling was also something James found joy in. When he wasn’t home in Corpus Christi playing chair volleyball down at the senior center you could find him exploring far away destinations, Costa Rica and Panama were two of his most enjoyable destinations. James E Chadden was preceded in eternal rest by his loving mother, Warner Dee Chadden; father, Harry F. Chadden; sister, Brenda Lou Cebrat and his son, James E. Chadden. Left to cherish the memory of James is his son, Harry Chadden; daughter-in-law, Jandery Z Chadden; grandchildren, Lillian D Chadden, Natalie L Chadden, Harry F Chadden and Daniella J Chadden and former wife, Susie G. Chadden. We would like to extend a special thank you to neighbors, Robbie and Roy, Pastor Rick Vire, Harbor Hospice and all the nurses who made his last moments peaceful and painless. Last but not least, a special thank you to everyone who donated to the Go Fund Me for helping cover funeral expenses. To offer condolences please visit www.funerariadelangelcheyenne.com and our Facebook page at Funeraria Del Angel Cheyenne.
See more See Less

In Memory Of James E Chadden