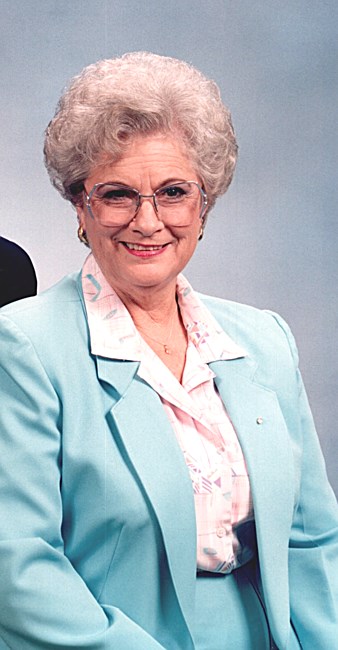 Shirley Wayne Pattillo Hanna, age 94, of Corpus Christi, Texas passed away on Thursday, January 19, 2023. She was born in Rockdale, TX, on October 20, 1928 to Thomas Boren Pattillo and Virginia Lodiska (Sanford) Pattillo. She graduated from Robstown High School in 1947. After graduation she attended business school and worked for the City of Corpus Christi, then went to work for NAS Corpus Christi in 1950 and finally retiring in 1987 after 35 years of service. Shirley was a loving, caring individual that kept her family balanced, being a Libra, and loved by so many. On January 6, 1950 she married Jack Donald Hanna from Banquete, TX at the First Methodist Church in Robstown, TX. Shirley taught Sunday School at Wesley United Methodist Church in Corpus Christi for 10 years from 1954-1964. She also joined Avon and was a member of the President's Club several times, she was also a American Legion Auxiliary member for 54 years, taught wilton cake decorating for 15 years, volunteered at the Veterans Hospital, and she was American Legion ALA-Auxiliary President for two terms. Shirley also enjoyed adult coloring, painting, reading the newspaper, crocheting, making cakes, sewing, crafting, spending time with her grandchildren and her daughter. Shirley is preceded in death by her husband Jack Donald Hanna; parents Thomas and Virginia Pattillo; brother William Pattillo, II, and sister Joann Pattillo. She is survived by her daughter LeeAnn Hanna (Steven) Wetherbee; grandsons: Kristin Lee McCleery and Kelly Linn McCleery; and her great-grandchildren. Graveside Service at 1:00 p.m. on Monday, January 30, 2023 at Memorial Park Cemetery, 4607 FM 1889, Robstown, TX 78380. Services are entrusted to Funeraria Del Angel Everhart, 4901 Everhart Road, Corpus Christi, TX 78411. Fond memories and expressions of sympathy may be shared at www.CageMillsFuneralDirectors.com for the Hanna family.
See more See Less