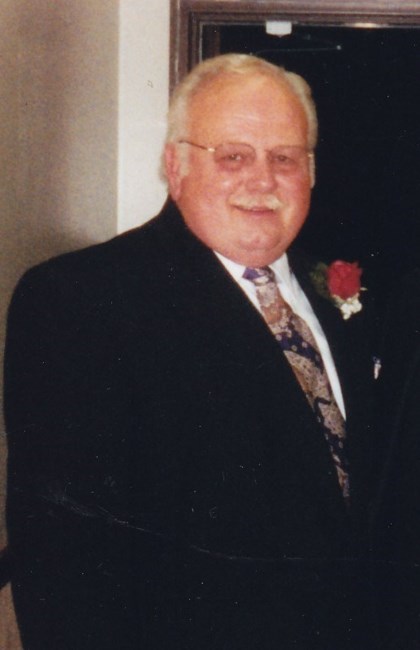 David Allen Corbett, 75, of Fresno, passed away on Sunday, July 3, 2022. He was born in Coshocton County on September 12, 1946 to the late Everett and Violet (Simpson) Corbett. Dave worked at Given-Dawson Funeral Home and then Clow’s before honorably serving in the United States Army from 1967-1969. He then joined the Coshocton Sheriff’s Office and was a deputy from 1969 – 1980, and then Sheriff from 1980-2000. After retirement, Dave worked at Andy Arthur Construction, Tractor Supply, and then worked part time at the West Lafayette Police Department. Dave was a member of the Lion’s Club and was also a member of American Legion for 45 years. He loved his job at the Sheriff’s Office and loved local and Ohio history. He also really enjoyed working on community projects for his neighbors. Dave is survived by his loving wife Trudy (Hall-Israel) Corbett, and their children David (Renee) Corbett Jr, Travis (Ursula) Corbett, and David (Trish) Israel. He is also survived by his brother Gary (Donna) Corbett and sister-in-law Sue Corbett. Dave is also survived by 10 grandchildren: Justin Crown, Heather McMasters, Marley Cumbee, Holly Young, Samantha Corbett, Ava Israel, Claire Corbett, Logan Israel, Kelly Corbett, and Mason Israel, and many great-grandchildren. He is also leaving behind many friends, neighbors, and coworkers who he cared for very much. Dave was preceded in death by his parents, his grandparents including Russell and Christina Simpson, his siblings Larry Corbett and Linda Sue Corbett, and many other close friends. Calling hours will be held at Given-Dawson-Paisley Funeral Home Friday, July 8, 2022 from 5:00 pm – 8:00 pm, and on Saturday, July 9, 2022 from 9:00 am – 10:00 am. A funeral service will follow at 10:00 am on Saturday officiated by Jim Gross and Starkey Lawrence. Burial will take place at South Lawn Cemetery with the Coshocton County Honor Guard performing military honors. In lieu of flowers, memorial donations may be made in Dave’s name to Royer Chapel, PO Box 153 West Lafayette, Ohio 43845. An online memorial can be viewed at www.given-dawson-paisleyfh.com.
See more See Less

In Memory Of David Corbett