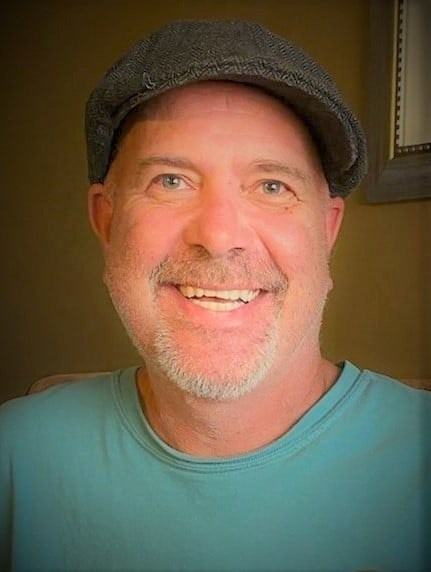 Robert Dominic Felde “Bob” (1969 – 2021) Musician, Athlete, Actor, Electrical Engineer, Friend Bob was born on March 18, 1969 at Hoag Memorial Hospital in Newport Beach, CA. to Patricia Lee Felde and David Anthony Felde. He succumbed to bone cancer on November 5, 2021, while in hospice. He is the youngest of seven siblings. He is succeeded by Michael Anthony Felde, Lorraine Lee Felde (Bull), Teresa Marie Felde (Schauer), Steven David Felde, Jeannine Marie Felde (Jones), and David Gerald Felde. Being the youngest of seven, Bob became “the entertainer” of the family. He frequently was playing the piano, trumpet, violin, guitar, bass, banjo, harmonica, etc. He went on to sing and act in plays at Newport Harbor High School delighted the audience as “Jesus” in “Godspell” and “Danny Zuko” in “Grease” as well as “South Pacific” and “Li’l’ Abner.” Bob frequently entertained friends at casual and professional events, such as the OC Fair. He was a joy engaging St. Joachim’s church on guitar and vocals and played bass for several bands, including “The Drunken’ Sailors (Super Deluxe)”, “The Jerry Ryder Band.” He loved playing “James Taylor” songs as well as many others. At a young age, Bob played Harbor Area Baseball and Basketball when attending Ensign Jr. High. He then went on to play tight end at NHHS and run Track from 1981 to 1985. Once graduated from NHHS in the class of “85,” Bob obtained his Bachelor’s Degree in Electronics Engineering from Cal State Long Beach. He worked in Electrical Engineering for Aerovironment, SpaceX (Elon Musk), Fresenius Medical and Cianna Medical. He also had some entertaining jobs such as a Singing Gondolier in the channels around Newport Island and Stage Lighting Tech at Pacific Amphitheater. Bob’s main residence was in Costa Mesa, CA. He also resided in Newport Beach, Yosemite, Ventura, Thousand Oaks, Lake Elsinore and spent his final days at Glen Ivy RV Resort. His work sent him for brief periods to Germany and Japan. He was nearly sent to Iraq to retrieve and repair fallen drones but was retrieved due to volatility of the war. Bob’s true passion was music, yet he also enjoyed the outdoors, dressing up in costume, travelling, camping and being with friends. He was always up for a good time. He worked hard and played hard. His friends use these words to describe him: “talented,” “goofy,” “kind-hearted,” and had general “Bob-ness”! as one person put it. To sum it up, Bob was very smart, talented, and energetic. He was a friend of many. These are words from friends who reflect Bob’s legacy: “Thank you, Bob, for the joy you gave to me and to so many others, so freely and so often, through your infectious enthusiasm and uncommon decency. The echoes of your music and ready laughter will hang in the air around us long after your all-too-quick departure.” “He enjoyed being part of our family celebrations, and I know you will all miss him, too. He was always up for a good time, bringing his infectious smile wherever he went. He was a gifted musician and a beautiful, loving, compassionate person. I'm blessed to have had him as such a great friend for 38 years and have loads of fun memories. I can hear him singing right now...I'll cherish him and miss him always.” Christina Moore Groves
See more See Less

In Memory Of Robert Felde