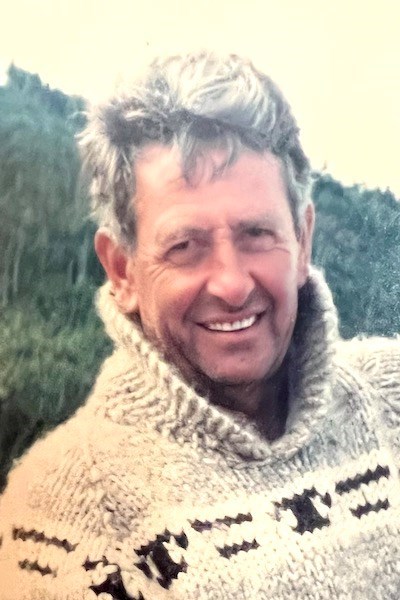 It is with heavy hearts that we announce the passing of William (Bill) Gallaway on Thursday May 5th, 2022 in the Comox Valley hospital. Bill is survived by his wife Sandra, daughters Corrie White (Eric) and Tara Beaucamp (Craig) and his five grandchildren, Kyle, Casey, and Cody White and Calli and Abby McMillan-Beaucamp. He is also mourned by his sister Mona Blusson (Ross), sister in-law Barry Anne Bury, nephews Michael and Robert Blusson, David Bury, nieces Tracy Ellis and Sherri Proctor. Bill was born in Vancouver, British Columbia on April 9th, 1935 and was followed by his sister Mona. He moved to the Comox Valley when he was two years old and never left. He met Sandra and they were married in 1962. His eldest daughter, Corrie was born a few years later in 1965 and Tara followed in 1970. Bill worked for MacMillan Bloedel as a faller for over 30 years until he retired at the age of 58. Bill was a perfect example of what a lumberjack should be, a burly man in chainsaw boots, a checkered flannel shirt, and suspenders. He was a very hard worker that always put safety first. This was evident by the number of safety awards he was given. Bill’s passion was fishing and hunting. When he retired, he couldn’t wait to spend all of his time out on his Boston Whaler with his best friend from childhood, Ronnie Zimmer. Bill also believed in giving back to his community and was a member of the Comox Valley Fish and Game club and a long time volunteer at the fish hatchery where he would go once a week to feed the fish. “Willy” was a devoted husband, father, and papa. He appreciated life and knew how lucky he was to have Sandra, who he loved dearly. He was also very proud of his two daughters and he loved hearing about his grandchildren and all of their accomplishments. He also had an abundance of devoted friends who regularly came to see him in the hospital and he was so grateful for their visits. Bill faced many health challenges in the last few years and was recently diagnosed with Parkinson’s and deteriorated quickly. His untimely passing was only a few months shy of his and Sandra’s 60th wedding anniversary. We will miss him, and we are so proud of him for fighting so fiercely until the end. Bill will always be remembered for his “big smile” and “great hair”. A Celebration of Life will be held at a later date.
See more See Less