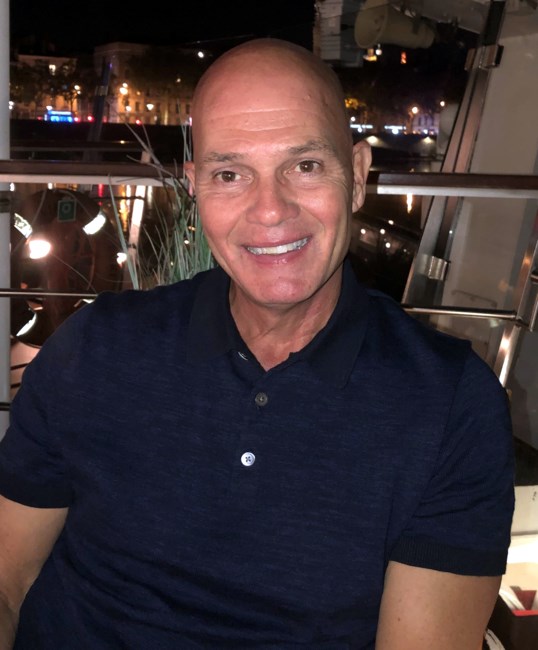 Scott Douglas Andres of Mandeville, La., died at his home July 30, 2022, of complications from amyotrophic lateral sclerosis (ALS). He was 61 years old. A New Jersey native, Scott was born in Bridgeton, N.J., to Richard L. Andres and Shirley Ann (Hyson) Andres and was the third of the couple’s four sons. Scott attended Millville (N.J.) High School, where he played football and varsity tennis, and was graduated in 1980. He earned his master of architecture degree from Tulane University in New Orleans in 1985. As part of his degree program, he spent the 1982-83 school year in Glasgow, Scotland, studying at the University of Strathclyde. Scott spent much of his early career in Washington, D.C., where he met his first wife, Stacy Olagues Andres, a native Louisianian. The couple returned to the New Orleans area in 2002 after the birth of their second child. After Stacy’s death in 2010, Scott remained in Mandeville to rear the couple’s sons, Spencer Patrick and Bennett Lewis. Their life as a family of men revolved around sports, chiefly travel baseball. Scott worked for 13 years in the Engineering Division of the facility operating contract at NASA Stennis Space Center in Mississippi. He ended his career as the deputy director of that department, retiring in 2020. It was at SSC that he met Barbara “Shannon” Andres (nee Taylor). They married in 2014. Scott was diagnosed with ALS in 2019. Scott was preceded in death by his mother Shirley. He is survived by Shannon, Spencer, and Bennett, all of Mandeville; father Richard and stepmother MaryAnne, brothers Rich (Sandi) and Mark, all of Millville, N.J.; brother Craig (Marlene) of Ocean City, N.J.; stepbrother Michael Samano of Mount Laurel, N.J.; and a host of nieces and nephews. The following arrangements have been set for Aug. 9: visitation 11 a.m.-12:30 p.m. at Grace Funeral Home in Covington, La. (eulogies to be given at 12 p.m.); funeral Mass at Mary Queen of Peace Catholic Church in Mandeville, 1 p.m. A private interment at St. Lazarus of Bethany Gardens, Covington, will follow the Mass. Friends are invited to the visitation, the Mass, and to a celebration of life to be held beginning 3:30 p.m. at the Pontchartrain Yacht Club, Mandeville. The family asks that, in lieu of flowers, donations be made in Scott’s honor to Team Gleason, Healing ALS, the Jane Calmes Scholarship Fund, Paint for a Cure, or Brain Chemistry Labs. Fond memories and expressions of sympathy may be shared at www.gracenorthshore.com for the Andres family.
See more See Less

In Memory Of Scott Douglas Andres