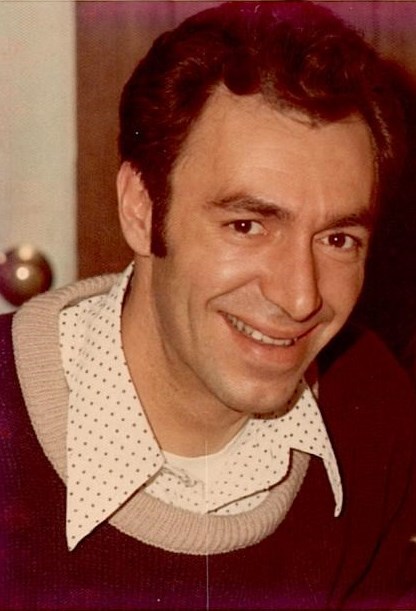 Alfred “Al” Settepani died peacefully at his home in Croton-on-Hudson, New York on Wednesday, April 27, 2022. He was born in Manhattan, NY on October 5, 1940 to the late Philip Settepani and Hazel (DiGrigoli) and grew up in Floral Park, NY. Graduated in 1959 from Brooklyn Tech High School with a diploma in Pre-Mechanical Engineering. Al met his future wife, Margaret Walter, in Rocky Point (Long Island), NY in 1957. He attended CCNY for one year then joined the USAF in May 1960. Al married Margaret on February 3rd 1962 at St. Thomas Aquinas Church in Brooklyn, NY. Stationed at McGuire Air Force Base (NJ) in December 1962, Al and Margaret went to the local hardware store to purchase ornaments for their first Christmas tree. They went to pay for their selection of four large Christmas balls and announced to the woman who owned the store that it was their first Christmas together and Margaret was pregnant with their first child. This inspired the woman to tell them that she believed the number of ornaments a couple buys for their tree would indicate how many children they would have during their marriage. Lo and behold, she was right! Philip was born in May 1963, Gary in June 1964, David in September 1965 and Theresa in March 1968. Al served 7 and 1/2 years in the USAF as an Independent Medical Technician. Honorably discharged in December 1967 with the rank of Sgt. Under the GI bill, he attended SUNY Farmingdale at night for two years where he studied Medical Lab Technology and worked in various medical labs on Long Island. In 1973, Al was offered a job at Technicon Instruments Corp. in Tarrytown, NY. He accepted that job and the family moved to Croton. At Technicon, he held many positions: trained customers in Operation and Maintenance of clinical chemistry and hematology blood testing equipment, Supervisor then Manager of Final Test (Quality Assurance), and Research and Development at a Technicon satellite lab located at Westchester County Medical Center until 1985. After vacationing in Italy, Al and Margaret started Al-Mar Copying, Inc., a printing and copying business in Ossining, NY. In 1989, their oldest son Philip and his wife Pam joined the corporation and opened a second shop in Croton-on-Hudson NY. Al and Margaret retired in 2007 and spent winters vacationing in Treasure Island, Florida and they “sailed through life together” on their Al-Mar sailboat in the Hudson River with family and friends. In 2018, they became life members of the Croton Yacht Club (20 years). Al was predeceased by his beloved wife of 58 years, Margaret, on January 14, 2020; his brother Phil and wife Patsy, sister Felicia, sister-in-law Fusa, brother Vinny, sister-in-law Ginny and her husband George. He is survived by his brother Joseph, sister Rosemary, sister-in-law Ruth, brother-in-law Bob, sister-in-law Kathy (Thomas), brother-in-law George (Claudia), brother-in-law Robert (Ann); his four children: Philip (Pamela), Gary (Inga), David (Christiane) and Theresa; and grandchildren: Danny, Annarose (Caleb), Philip, Michael (Tara), Jesse (Laura), Laura (Vinny), Margaret (Bryan), James, and Christopher; and great-grandchildren: Dominick, Trey, Joban, and Lavanya. A graveside memorial service for Al will be held on Monday, May 2, 2022 at 11:00 am at Bethel Cemetery, Old Post Road South and Cleveland Drive, Croton-on-Hudson, NY. Fond memories may be shared for the Settepani Family at Edward F. Carter website: efcarterfuneralhome.com.
See more See Less

In Memory Of Al Settepani