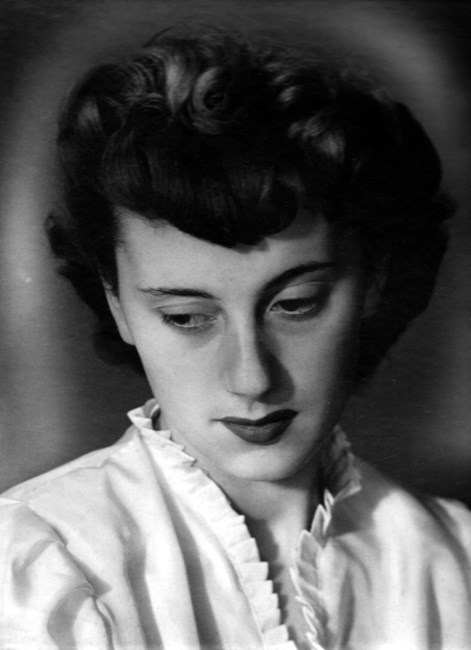 Edith Emmi Ladd of Croton-on-Hudson passed away on Tuesday, April 17, 2018 at the age of 93. Friends call her Edie. Edie was born to Karl and Emma Lüder on January 22, 1925 in Calbe(Saale), Germany. After Edie graduated from secondary school she spent time in Vienna as a street car operator and would often tell stories of how they had to learn to jump on and off the moving cars in their uniforms, which for women had skirts. Adventures during this time included train travel, hiking, and mountain climbing. As the war was ending in Europe, Edie joined the Allied Forces as a translator for the American 60th Infantry weekly newspaper “Go Devils.” In 1947 Edie came to the United States via New York City. She worked for several years in the Garment District. She became a naturalized citizen of the US on May 8, 1956. Edie met her husband Irwin R. Ladd in NYC, and they were married in 1960. In 1963 Irwin, Edith and their two children Richard and Jenny moved to Croton-on-Hudson where she would remain until her passing. Edie worked as a realty agent for several agencies in town. As an agent for Rawson Realty, Edie sold the original first 50 unit in the Furnace Dock Condominiums. She became a friend and associate of many in the Condo owners’ community. She was invited to join their bridge group, which became an extended family, with them sharing many holidays together. In addition to the work Edie did as a real estate agent, she was very proud to be an Election Poll Worker at the Lutheran Church and other locations in Croton. Edith is survived by her husband Irwin R. Ladd of Croton on Hudson; son Richard A. Ladd and his wife Diane of Yorktown, NY; daughter Jenny E. Ladd and her partner Douglas Philips of Pittsburgh, PA; grandchildren Geoffrey and Amanda Ladd. Visitation will be held from 2-6 PM on Sunday, April 22, 2018 at Edward F. Carter Funeral Home, 41 Grand St., Croton-on-Hudson, NY. A private burial will be held on Monday at Bethel Cemetery. Donations can be made in lieu of flowers to an organization of your choice.
See more See Less

In Memory Of Edith Emmi Ladd