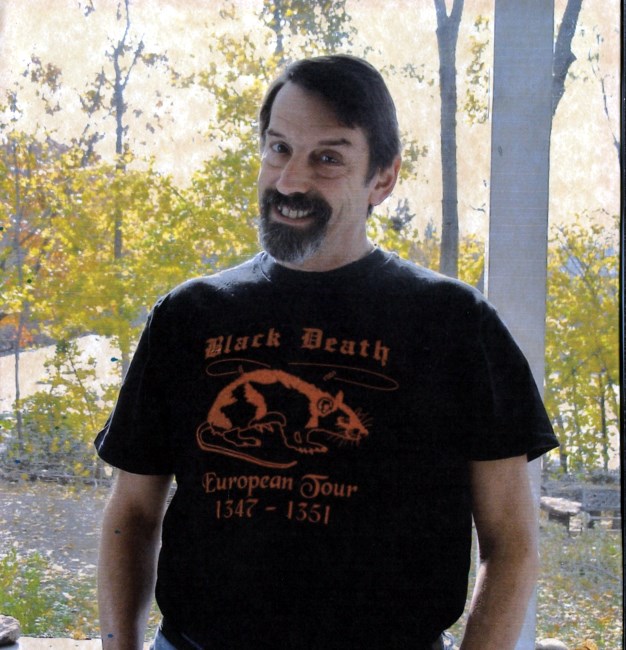 Gary Tyler Shaw, 69, of Croton on Hudson, NY, died on Friday May 24, 2019. He passed away following a long battle with cancer and he leaves behind a grateful community of family and friends. Gary was born on November 5, 1949 to Ray and Richard Shaw. He was the middle of three boys and a wild child from the start. He was known to cause trouble but was also known to be a kind and caring brother and son. Family was always a top priority for him. He went to Bronx High School of Science and moved to California shortly after graduation. Although he returned to New York a few short years later, his time in California played a pivotal role in his life. The friendships he formed during that time would be lifelong bonds, carried through generations. He frequently went back to visit and would light up when he could bring his family with him to his beloved San Francisco. Gary had some substantial problems as a young adult, and allegedly bent the law more than he would want us to commit to paper. But then, at 22, he became a father and turned his life around. Prioritizing family, he devoted himself to being the best father he could possibly be to his daughter, Heather. He often credited her with saving his life. When Heather was a little girl, Gary met his soul mate, Jeanne. He and Jeanne began as coworkers, then friends, and eventually they fell in love and became husband and wife. They married in 1981 and grew their family adding two daughters, Jillian and Robin. Jeanne would often joke that their love, and their lives together, were “all Heather’s fault.” Gary was a doting father; their home was always filled with love and laughter. He would allow his daughters to beat up on him, cover him in makeup and steamroll right over him. But he also had the divine power of DAD to strike fear in the hearts of children and lay down the law with just an icy glare of “Are you f*&^ing kidding me?” He was “Dad” to Heather, Jillian and Robin, but he welcomed so many of their friends into the family and considered them like extra daughters and sons, too many to name. While Gary and Jeanne grew their family, Gary was also building his career. Despite never completing a college degree he rose to be a senior vice president at FRC Research, a boutique market research firm. His charm, dazzling intelligence and brilliant speaking ability made him a sought-after analyst for several high-profile companies. For someone so unconcerned with material possessions, he always marveled at the irony of his profession of convincing people to buy things. He was a workaholic. Not just putting in extra hours in the office, but putting in extra hours to help his family and friends at any opportunity. He loved to work to make someone’s life better. If he saw something that needed doing, he got it done. He joked that his gravestone would read: “Someone had to do it.” Gary’s priority was always family, but his passion was saving the world. He used his fierce intellect and penchant for mischief to be an effective activist, advocate and agitator. Gary began fighting to close the Indian Point Nuclear Power Plant in the year 2000 and was passionate and devoted to this cause until his last days, 19 years later. His brain trust filled with facts and figures, and his eloquent public speaking powered several activist groups, in particular IPSEC (Indian Point Safe Energy Coalition), of which he was a founding member. Gary was also an active member of WESPAC (Westchester Peoples' Action Coalition) and a recognized awardee for his work to close Indian Point. Gary and his wife, Jeanne, were also recognized, as a couple for their commitment to activism from the front lines and their representation of activism through love. A dear friend stated, "Gary was knowledgeable, spoke incredibly well and succinctly, and was deeply committed to a better future. He connected what many people see as separate issues, such as the environment, racism, labor and peace and was a powerful mind, heart and voice for all of us." Gary will be missed by many. He is predeceased by his parents, Ray and Richard Shaw, and his younger brother, Howard. He is survived by his older brother Michael (Linda); his sister, Susan; nieces: Kaitlin (Taryn) and Maggie; his three daughters: Heather (Chris), Jillian (Jesse) and Robin (Marko); his five grandchildren: Liana (Joey), Michael, Alexis, Cyrus and Cordelia; and two great grandchildren: Stevie and Joey; and many very dear friends. He is also survived by his best friend, fellow warrior, light of his life, and beloved wife of 38 years, Jeanne. A service honoring Gary Shaw will be held on Saturday, June 1, 2019 at Edward F. Carter Funeral Home in Croton on Hudson, NY. Visitation/ wake from 2-4:30 followed immediately by music and a funeral service in his honor. In lieu of flowers, donations may be made to any of the organizations below, which Gary held near and dear to his heart, or to Rosary Hill Home, where Gary was made comfortable for his last days, surrounded by his family, filled with love. IPSEC - Indian Point Safe Energy Coalition http://www.ipsecinfo.org/donate/ WESPAC - Westchester Peoples' Action Coalition https://wespac.org/donate/ Stony Point Conference Center https://stonypointcenter.org/get-involved/support-us Hudson River Sloop Clearwater https://www.clearwater.org/donate/ Rosary Hill Home (by check made payable to “Rosary Hill”)
See more See Less

In Memory Of Gary T Shaw

Memorial Service and Music In His Honor