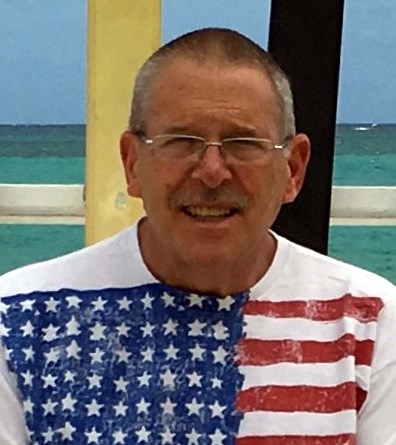 Gerald A. Munson of Croton-on-Hudson, NY passed away with his family at his side on Friday, June 28, 2019 at the age of 65. Gerry was born to Elwood and Eleanor (King) Munson on May 13, 1954 in Ossining, NY. Gerald is survived by his beloved wife Patricia A. (D’Uva) Munson, cherished children John Munson (Maureen), Rebecca Munson Misiti (Greg) and Kristen Zamora (Johnathan) and his adored Grandchildren Ellie, Sophia, J.J., Sean, Emma and Mackenzie. Gerry is also survived by his sister Janet Neuner and many nieces, nephews and cousins. He was predeceased by his brother, Elwood Munson Jr. and sister JoAnne Ferguson. Gerry spent more than 45 years serving the community as a member, Officer and Chief of the Croton Volunteer Fire Department. Amongst his accomplishments was leading the movement to obtain better radio equipment, the first Automated External Defibrillators (AEDs) in department history, acquiring a second ambulance and developing the Firefighter Assist & Search Team. He was a mentor, teacher, instructor, leader and friend to many during his tenure with the department. As part of his lifetime of community involvement, he was also a retired member of the Croton Police Department, retiring in October 2000 at the rank of Sergeant. Here he helped obtain better EMS equipment – including AEDs – for each patrol car, worked as part of the Emergency Response Team, was one of about a half dozen Officers who became certified as EMTs and spent hundreds - if not thousands - of hours as a part of the Westchester County Arson Task Force, investigating fires throughout northern Westchester. For nearly 15 years, Gerry served as a Deputy Fire Coordinator for the Croton/Cortlandt area known as “Battalion 10,” coordinating Mutual Aid incidents and training for the Westchester County Department of Emergency Services. In retirement, he spent much of his time staying involved in the activities and life events of his favorite people in the world – his Grandchildren. As he did with his own children when they were younger, “Papa” made every effort to be at every game, every school performance and every birthday – no matter what. After the passing of his parents over 20 years ago, he made a point to carry on their annual Christmas Eve tradition, bringing together the many nieces, nephews and cousins to share in the joy and love passed on from them. Gerry’s love and compassion for people didn’t end with his family. He volunteered as a Little League coach, helped with the inaugural years of the Croton Little League Challenger Division, was active with the National Fallen Firefighters Foundation and even did a short stint as a volunteer with Croton EMS. He could never say no to someone asking him for help or to helping someone even if they never asked but would never think to ask anyone for help himself. He wore his heart on his sleeve and would give the shirt off his back for anyone. Gerry will be missed by many and will leave a great void in the hearts of all those who loved him.
See more See Less

In Memory Of Gerald A. Munson