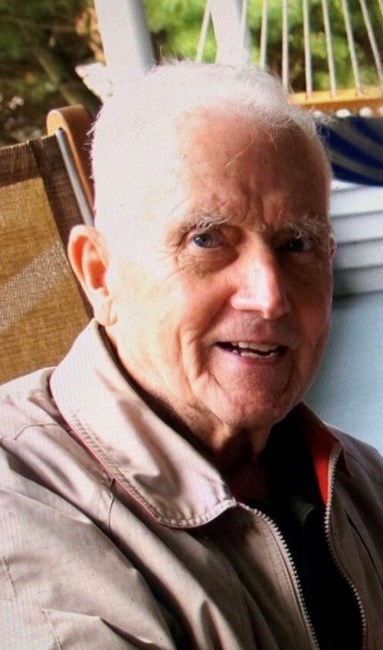 Thomas Andrew Johnson II of Croton-on-Hudson, NY passed away surrounded by family on September 26, 2021, at the age of 95. Thomas was born to the late Samuel and Kathryn (Nash) Johnson on November 4, 1925, in Pittsfield, MA. In 1943, Thomas enlisted in the U.S. Navy and was part of the V-5 Aviation Cadet Training Program, attending flight school in Pensacola, FL. After the Navy, he entered the seminary at the School of Theology at Weston College in Massachusetts and studied to become a Roman Catholic priest. In 1957, he was ordained into the Society of Jesus, also known as the Jesuits. During his time as a Jesuit, he earned his Ph.D. in Theology from Gregorian University in Rome, Italy. He taught English and math at Sophia University in Tokyo, Japan, and later theology at Fairfield University in Connecticut where he was a professor. After he returned to the lay state with dispensation from the priesthood, he worked for the New York Stock Exchange and met Nancy Beer, at a dinner party in Manhattan. Thomas and Nancy married in 1967. In 1973, they moved to Croton-on-Hudson, NY where he ran the Manhattan Publishing Company, which specialized in international law journals. Thomas was an active member of the Croton Lions Club. He loved skiing, swimming, tennis, reading, gardening, and vacationing in Cape Cod with his extended family. Thomas is survived by his beloved wife of 54 years, Nancy, loving sons, Alexander Johnson and his wife, Stacey, of Mill Valley, CA, and Gregory Johnson and his wife, Kelly, of New York, NY, his grandchildren, Elizabeth and Thomas, and many nieces and nephews. He is also survived by his brothers Samuel Johnson and Paul Johnson and was predeceased by his brother George Johnson. Visitation will be held on Saturday, October 2, 2021, from 10:00 AM -12:30 PM at Edward F. Carter Funeral Home, 41 Grand St., Croton-on-Hudson, NY. Immediately following the visitation, a funeral service will be celebrated at 12:30 PM also at Edward F. Carter Funeral Home. Burial will follow at Bethel Cemetery, Croton-on-Hudson, NY.
See more See Less

In Memory Of Thomas Andrew Johnson