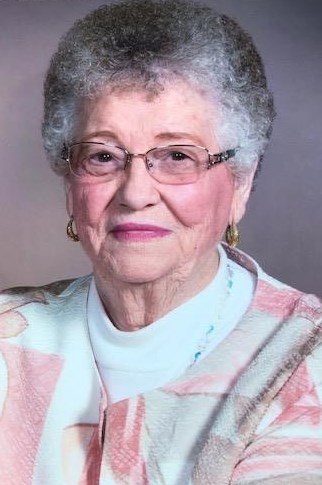 Betty Lou Hood Betty Lou Kilpatric Pierce Hood, 92, of Cullman, Alabama went home to be with her Lord and Savior on Thursday, January 19, 2023 at Morningside Assisted Living. She was born to Homer and Winnie Kilpatric on August 6, 1930 in Arley, Alabama. She graduated in 1948 from Meek High School, where she was cheerleader. Betty was blessed with generally good health for most of her 92 years which she filled with many activities. She was an active member of Seventh Street Baptist Church for many years. Some of her favorite activities and affiliations were WMU, The Auburn Club, DAR, and Eastern Star. She was a Republican poll worker in the Baldwin Community for over 50 years. She began her life in the Baldwin community as a poultry farmer in 1965. While growing pullets for Golden Rod, she began working at the All Steak Restaurant as a waitress, where she loved the people she served. In 1976, she went to work at Nicholson File, where she developed lifelong friendships. She retired from Nicholson File in 1993 to take care of her mother, which began a new career of elder care. She loved the people who she cared for and developed lasting relationships with their families. She often said she took care of “the elderly”, many who were younger than her. After suffering a light stroke in 2018, she moved to Morningside Assisted Living, found another group of friends that lasted until her passing. Betty was preceded in death by her parents, her husband of 57 years, George W. Hood, her son, Douglas E. Pierce and first husband Albert E. Pierce. She was also preceded in death by her special friend, Jo Presto. She is survived by daughters, Nancy Pierce Mermis (Jim), Lana Beth Hood Slaten (Terry), a daughter-in-law, Vicki Pierce, and a son, Rodney Paul Hood (Patty). Grandchildren, Susan Pierce Cone (Van), Matthew Pierce (Chasitie), Mundi McCormick, Matthew Reid, Zachary Mermis, Sam Mermis (Roisin), Gus Slaten, Ryan Hood, and Dakota Hood. Her great grandchildren, Vandy Cone, Phoenix Mermis, Clay and Cody Wilson, and Bowie Hood. She was also survived by numerous loving nieces, nephews, family and friends. The family wishes to thank the loving staff at Morningside (The Neighborhood) and Gentiva Hospice both of Cullman. Moss-Service will be in charge of the funeral arrangements. Visitation will be Sunday afternoon 3-6 pm at the funeral home. Funeral Services will be Monday afternoon at 2 pm at Seventh Street Baptist Church, with interment in the Cullman City Cemetery. Her grandsons will serve as pallbearers.
See more See Less

In Memory Of Betty Lou Hood