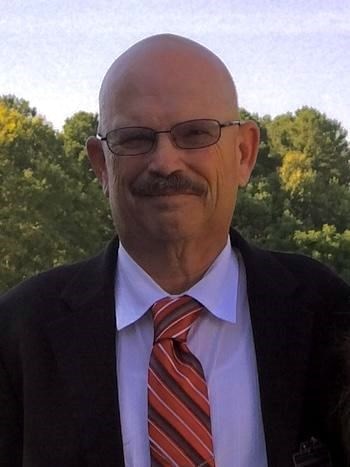 Wade Vincent Edwards passed away January 18,2023 at his residence. Wade was born on February 6, 1952, in Galax, VA to Vincent and Dorothy C. Edwards. He was baptized as one of Jehovah’s Witnesses on May 29 th , 1965, in Laurel, Maryland. On August 3, 1979, Wade married his best friend and devoted wife of 43 years, Dotty Edwards. Together they raised two daughters, Amanda and Rachel. His family would grow to include sons-in- law Joey Martinez and Randy West, whom he welcomed wholeheartedly into his family and 3 granddaughters that he adored, Elizabeth, Julianna, and Penelope. Wade is also survived by his two sisters Pamela Ward and Bonnie West, and a host of family and friends. As a young man, Wade could often be found tinkering in “the shop” usually alongside his father. Normally, if they were in there working, you would see parts of a motor spread around a car that was one of their many projects over the years. This passion for cars, whether he was buying them, repairing them, or driving them a little too fast, stayed with Wade his entire life. It even motivated him to take the occupation as an auto mechanic, and then as a truck driver for the majority of his working years. When he was no longer able to work on them, he, along with his beloved cat “Waldo”, would watch television programs about cars or review the latest Valley Trader or some other car magazine that was within reach. Wade was a humble man that didn’t take himself too seriously. He was known to crack a joke or two to lighten the mood. He had a great sense of humor and no matter the situation, Wade could find something amusing in the ordinary. Wade was a family man and he loved taking his family on trips along the east coast. Camping and car shows were what the family enjoyed most. On many of those trips Wade would sit down at a lake or beach shore, grab his rod and reel and see what was biting. More recently, Wade derived great pleasure in taking his wife along with him to ride through challenging trails in his Jeep he called “Eugeane”. Wade had a deep love for his God, Jehovah and that love was still evident in the latter years of his life. Even while battling serious health problems Wade had a spiritual frame of mind and was actively concerned with his and his wife’s relationship with God. He would take the lead in prayer and Bible discussions until he was no longer able. His favorite scripture was Revelation 21:3,4 that speaks of death being no more. A man of faith and family, Wade lived with a real hope for the future. As we await that beautiful future when we will see him again, we cherish the fond memories of the life he lived. A memorial service will be held Saturday, January 28, 2023 at 6:00 PM in KINGDOM HALL OF JEHOVAH’S WITNESSES, 15103 RIXEYVILLE ROAD, CULPEPER, VA 22701. Fond memories and condolences may be shared with the Edwards family through clore-english.com
See more See Less

In Memory Of Wade Vincent Edwards