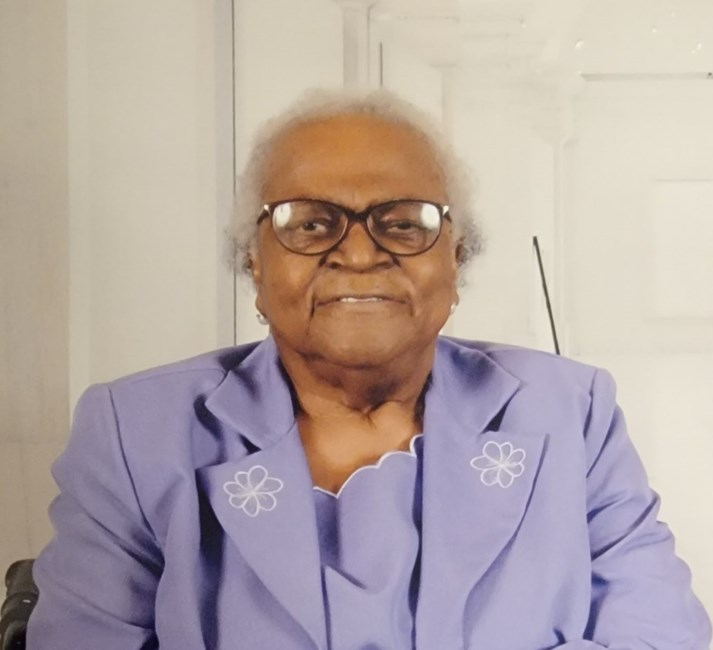 Artistene Griffin, age 88, of Dallas, Texas passed away on Tuesday, January 10, 2023. Artistene Marsalis Griffin was born on December 6, 1934, in Smithdale, Mississippi to the parentage of John Taylor Marsalis and Artis Brown Marsalis. She was preceded in death by her parents; husband of 51 years, William H Griffin; daughter, Rosalind Griffin Pullins; son-in-law Rickie Pullins; great-grandson, Quincy M. Wyatt; eight brothers, and three sisters. Artistene joined the church and accepted Christ at an early age. She was a member of True Believers Tabernacle Church at the time of her death. Artistene attended Burgland High School in McComb, Mississippi during her 9th and 10th grade years. She graduated from Liberty Rosenwall High School in 1954 with honors, where she was an All-Star basketball player at both schools. She also attended Southern University. On September 1, 1955, she married her sweetheart, William Griffin, who was in the military, and to this union six children were born. She was a devoted grandmother who enjoyed spending time with her grandchildren. She always told them that they could be whatever they set their minds to be in life. She was called by many names: Mother, Aunt Tene, Aunt Sister, Tene, and Sis. Griffin, but her favorite was ‘Big Mama’. She loved to travel, and she and ‘Bill’ traveled extensively throughout the United States. Artistene leaves to cherish her memory: five children, Charlotte Jeanette Williams (Edward), William Author Griffin (Helen), Gwendolyn Ann Wyatt (Kenneth), Gerry L. Griffin (Vickie), Terry L. Griffin; one brother, James Marsalis, and sister-in-law, Jennifer Marsalis. Artistene was blessed to have 18 grandchildren, 1 ‘grand-dog’, 20 great-grandchildren, and many cousins, nieces, nephews, and friends. She also had two constant ride-or-die ‘road dogs’, Cleady Shead and Martha Prater. A visitation for Artistene will be held Wednesday, January 18, 2023 from 4:00 PM to 8:00 PM at Laurel Land Funeral Home, 6300 South R.L., Thornton Freeway, Dallas, TX 75232. A celebration of life will occur Thursday, January 19, 2023 from 11:00 AM to 12:30 PM at IBOC, 7701 Westmoreland, Dallas, TX 75232. A committal service will occur Tuesday, January 24, 2023 from 10:00 AM to 10:30 AM at Dallas Fort Worth National Cemetery, 2000 Mountain Creek Parkway, Dallas, TX 75112. Fond memories and expressions of sympathy may be shared at www.laurellanddallas.com for the Griffin family.
See more See Less

In Memory Of Artistene Griffin