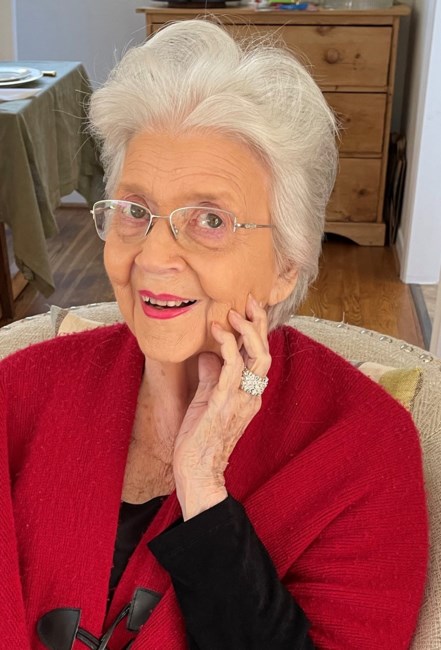 BARBARA McKISSACK CLEAVELAND Our beloved Meemaw passed away on 19 April 2021 from natural causes. Barbara Jean Hershfield McKissack Cleaveland was born in Dallas Texas on 29 March 1930 to Mercedes and Charles Hershfield. Barbara grew up across the street from Bachman Lake and enjoyed riding horses around the lake. She attended North Dallas High School where she made life-long friends. She then went to Southern Methodist University where she met the first love of her life, Dick McKissack. They were married for 34 years and had 5 wonderful children. After Dick’s passing in 1982, she was married to the second love of her life, Jack Cleaveland, for 18 years and acquired 4 loving stepchildren. Jack preceded her in death in 2002. She was a dedicated mother first and foremost. She treasured her children, grandchildren, and great-grandchildren and embraced every moment with them whether it was attending as many of their sporting events that she could or hosting Wednesday Happy Hours. Her gentleness and quick acceptance of all truly set her apart as someone people gravitated towards. What will be remembered most by everyone is her generous spirit. She adored all of her family and friends; each has a special story to tell about Meemaw. She loved animals, as evidenced by the number she had and allowed throughout the years. Barbara loved her puzzles and Wheel of Fortune and she loved to travel the world - first with Dick and later with Jack through Serra International. Meemaw loved her church and honored her Catholic faith. She was a member of Christ the King Catholic Church, as well as a member of the Vocation Guild and a dame of the Equestrian Order of the Holy Sepulchre of Jerusalem. Meemaw is survived by her brother, Charles Hershfield of Virginia, her children & their spouses, Kathy & Earle Gilbride, Becky & Allen Birmingham, Jr. (Allen preceded her in death in 2020), Diane & Mike Smith, Michael & Jackie McKissack, and Kelly & Deborah McKissack along with her stepchildren & their spouses, Jack & Kathy Cleaveland, Jr., Cathy & James Banks, Mark & Meredith Cleaveland, and Paul & Melinda Cleaveland. She is also survived by 22 grandchildren and 43 great-grandchildren. In lieu of flowers, the family requests memorial donations made to the following charities that were close to Barbara’s heart: White Rose Women’s Center (whiterosewomenscenter.org) and Heroic Media (heroic media.org). She could often be heard saying that she was blessed, but the truth was that all who came in contact with her were the ones truly blessed.
See more See Less

In Memory Of Barbara McKissack Cleaveland