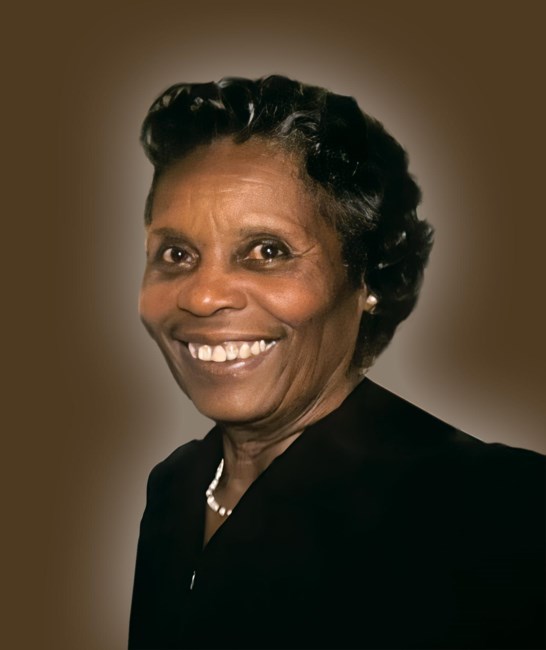 Her Life Her Legacy Her Story Beulah Hines Brown was born to the parents of Johnnie Beatrice Scott Hines and Walter Hines on October 31, 1928, in Troup, Texas, Smith County. She spent her early life in Bristol, Texas where she attended school. It was in Bristol, that she became a member of Zion Chapel Baptist Church. On July 15, 1944, she pledged her hand in marriage to Tommy Brown. To this union, four children Johnnie Faye, Patricia Ann, Paul Dwight, and Donnie Ray were born. Beulah and her husband moved to Dallas, Texas in 1948, where she found employment with the Alexander family. After many years of employment, Beulah & her husband became home owners, where she raised her family. She found a new place to worship at Mt. Horeb Baptist Church where she joined & became a member. There, she was a faithful tither & served as an Usher on the Usher Board for over 50 years. When her youngest son, Donnie became a Pastor, Beulah moved her membership to his church, New Hope Family Worship Center. Family was the strongest force in Beulah’s life. The weekends were filled with family activities such a visits to the Farmers Market, where she bought all of her produce. She and the girls would shell peas in preparation for Sunday’s dinner. While the girls worked, Beulah would prepare Saturday evening delights for all to eat. She was famous for her Chili Pie. Every Saturday revealed a new delight. No one could fry chicken like Beulah. Best of all, were the cakes & pies, especially doing the Holidays. Over the 51 years of her employment, she took care of the household duties and served the Alexander family faithfully. As the years passed she saw the children grow, graduate from high schools, college & eventually married & started their own families. After her service of 51 years, Beulah retired. She continued to serve the family occasionally until her health declined. Beulah departed this life peacefully in her home at the age of 94 on January 15, 2023. Those proceeding her are her husband, Tommy; daughter, Patricia; son, Paul and granddaughter, Staci. Those left to cherish her memory include her oldest daughter, Johnnie F. Norwood (Nathan); youngest son, Donnie R. Brown (Pamela); grandchildren, Jackie Norwood-Harrison, Marcus Hoskins, Jonathan Norwood, Traci Bagley (Regurian), Donnie Brown Jr., Brandi Brown, Shonette Chatman (Ryan); thirteen great grandchildren and a host of cousins.
See more See Less

In Memory Of Beulah Brown