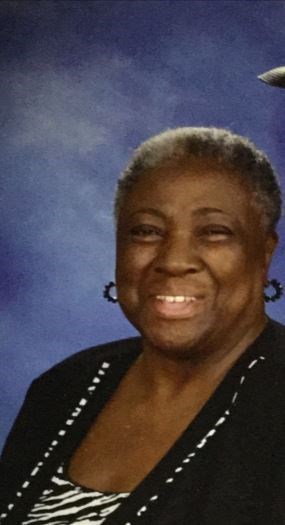 Reflections of Life Carolyn Delois Pullins-Kelly was born September 27, 1947 to the late Frank Pullins and Lillie Mae Pullins-Johnson in Centerville, TX in Leon County. Carolyn grew up in the Pleasant Spring community with one older sister JoAnn Pullins-Kelly, who preceded her in death. She accepted Christ at an early age while attending New Zion BC. She received her formal education from Fredrick Douglas High School where she graduated in 1966. After graduation she relocated to Dallas to further her education at Bishop College. Carolyn met the love of her life in 1963 at the Hopewell UMC. They later married March 25, 1968. To this union two children were born. Upon relocating to Dallas, she joined in fellowship with the Greater El Bethel BC and then later The Exciting Singing Hills BC where she served in many ministries: Choir, Usher Board, Deaconess, Ruth Circle, Sunday School, Prison Ministry, and was always willing to extend a helping hand whenever asked until her health began to fail. She had a true servant heart and always had a smile on her face whenever you saw her. She loved the Lord and you couldn’t miss her with gospel music. Carolyn made her career working at Montgomery Ward and later Taylor Publishing Company from which she retired. After retiring she found passion in keeping her grandson during his infant/toddler years. Carolyn left creation and returned to the Creator on Tuesday, July 26, 2022 at 3:33pm surrounded by loved ones. She leaves to cherish her memory her husband of 54 years Curtis E. Kelly; one daughter LaTonia R. Kelly; one son D. LaVell Kelly (Mia); one grandson that was her pride and joy Demetreus L. Kelly, affectionately known as “J.R.”; two nephews she took under her wing Kent Pullins (LaRhonda) and Archie Kelly (Monique); extended family Tabitha Harris (Chris), Cayla and Cameron Harris. She also leaves a host of other nieces, nephews, cousins, close friends and prayer partner for many years Fannie Horn and Linda Smith; special cousins Angie Ruth Boykin and Verma Sanders; one God-grandchild Honesty Hall; and one grand-dog “Hannah” that she loved, adored and often kept. Fond memories and expressions of sympathy may be shared at www.laurellanddallas.com for the Kelly family.
See more See Less

In Memory Of Carolyn Delois Kelly