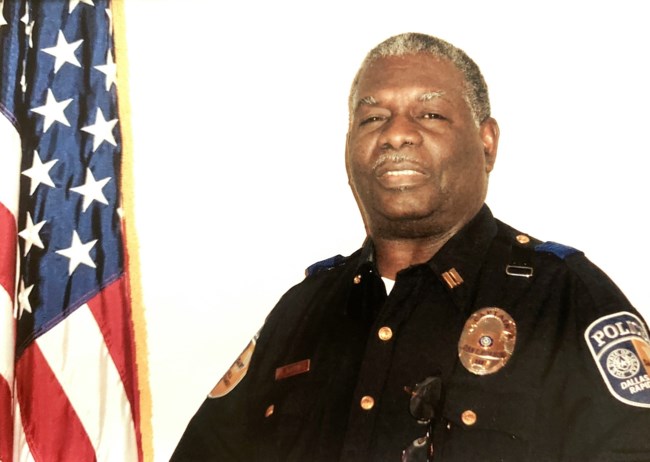 Clarence Fitzroy Brathwaite known as ‘Roy’ to his family; ‘Braff’ to many friends and “Captain Brathwaite” or “CAP” in his later years, was called home to heaven, after a long battle with cancer and diabetes. He died at his home in Dallas, Texas, on January 14, 2022. He was 75 years old. Born on July 14, 1946, on West Coast Berbice, Guyana, South America, Clarence spent his most formative years in Stanleytown, Berbice. As a vibrant young man with an indomitable spirit, Clarence married the love of his life, Millicent. Balancing family, school, and a full-time job, he obtained a BS in Social Science and a minor in Print Journalism and Broadcasting Techniques in 1984. He also obtained his Certificate in Pioneer Training in 1984 from Guyana National Service. Clarence began his career with the Guyana Police Force as an Assistant Superintendent and was promoted several times until he reached the position of Officer-in-Charge of Special Constabulary, with 1,300 officers under his supervision. In 1988, Clarence and his wife, Millicent Brathwaite migrated from Guyana South America to Dallas, TX, determined to expand opportunities for themselves and their children and live the American dream. With their philosophy of ‘no job is too small’, Clarence worked as a nurse’s aide and security guard for 6 years. He became a police officer for the Dallas County Hospital District in 1994 and the DART Police Department in February 1997. As a public servant and servant leader, Clarence Brathwaite was promoted through the ranks to become the 1st and only African American Captain of DART Police, retiring on April 29, 2016, after 19 years of service - a man who was very respected among his peers and team. He mentored many in the community at DART and exemplified the qualities of integrity and empathy in law enforcement. Clarence is survived by his beloved wife of 47 years, Millicent and seven children - son Julius Brathwaite, daughter Coretta Brathwaite, daughter Inga Brathwaite, son Boyd Brathwaite, son Emil Brathwaite, daughter Ellen Brathwaite and daughter Claire Brathwaite; 13 wonderful grandchildren and 5 precious great grandchildren; brother Edgar Brathwaite, sister Brenda Day, brother Oswald Pitt and sister Michaelle Phillips-Merriman(Mikey) and Rita Richardson and an extended family of cousins, nieces and nephews. His Sister Dolly Argyle pre-deceased him in April 2020. May he rest in peace. And may his memory be a blessing. Acknowledgement The family wishes to express their deep appreciation and sincere thanks for all acts of kindness shown to them in their time of sorrow. A visitation for Clarence will be held Thursday, January 27, 2022 from 8:00 AM to 10:00 AM at Laurel Land Funeral Home, 6300 South R.L. Thornton Freeway, Dallas, TX 75232. Following the visitation will be a funeral service from 10:00 AM to 11:00 AM at Laurel Land Memorial Chapel, 6300 South R.L. Thornton Freeway, Dallas, TX 75232. Fond memories and expressions of sympathy may be shared at www.laurellanddallas.com for the Brathwaite family.
See more See Less

In Memory Of Clarence Fitzroy Brathwaite