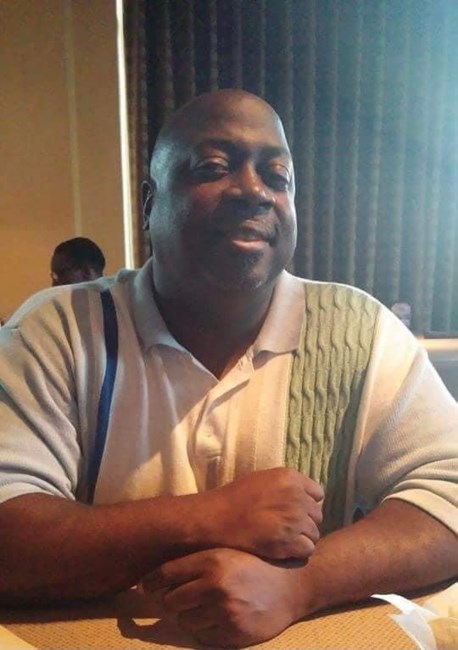 On October 6, 1970, Damon Keith Finney was born in Pontiac, Michigan to the proud parents of William and Mrs. L.T. Finney. He attended Hopewell Missionary Baptist Church where he accepted Christ at an early age. He obtained his early years of education in the Pontiac School District. In 1988 he graduated and received his diploma from Pontiac Northern High School and furthered his education at Oakland Community College for an additional 2 years. Damon lived most of his life in Pontiac until he relocated to the Dallas Ft. Worth area in the Mid 1990. After 11 years of love and friendship he married the love of his life, Tiffany Toussaint on July 9, 2021. Together they made Arlington, Texas their home until his passing. Damon gained several years of experience in the security industry which inspired his interest in the Correctional Department. In 2006 he began his employment for the Dallas County Sheriff’s Department where he diligently served 15 years of service as a Detention Service Officer and made and influenced many lifelong friendships. He often referred to his coworkers as his second family whom he fearlessly helped and assisted throughout his career. Damon was a witty, fun loving, caring and compassionate individual with a big heart. He was a wonderful husband, father figure, brother-in-law, brother, and uncle. He was also a wonderful, father to our adopted companion “Spring”. Damon was a selfless person who put other’s needs before own and always provided an ear to those seeking advice. He enjoyed working out at the gym and loved traveling whether it was to the beach or his favorite place Las Vegas. Though a native of Michigan Damon was a diehard Pittsburgh Steelers fan for many years and collected memorabilia. He also admired the Detroit Redwings and Detroit Tigers. His passion was cooking where he mastered grilling on his entrusted smoker. Damon often prided in his grilling where he provided many delightful meals for family and friends. As an eclectic music lover, he adored the soulful sounds of Jazz and often enjoyed his many trips to the casino where his luck prevailed many times. Damon Finney, 50 a devoted husband, father and trusted friend passed away suddenly from illness on August 14,2021 in Arlington, Texas. He was proceeded in death by his dearly loved grandparents Alonzo and Carrie Adams. He was also proceeded in death by his beloved brother Melvin “June” Scruggs. Damon leaves to cherish his memories his wife Tiffany Toussaint-Finney of Arlington, his loving father William Finney of Pontiac, Michigan, and Mother Mrs. L.T. Finney of Arlington. Texas his children Markeithria and Marcus “Jr” Richardson of Arlington; two adorning sisters Latrese (Michael) Hammond Paula(Dwight) Halsey of Arlington; his brothers Dionne and Darius Finney of Pontiac, Michigan as well as his nieces , great-nieces, nephews, and a host of other relatives and friends. Services will be held on Friday October 1, 2021, at 10 am, Laurel Land Memorial Chapel. Interment will follow at 11am in Laurel Land Memorial Park.
See more See Less

In Memory Of Damon Keith Finney