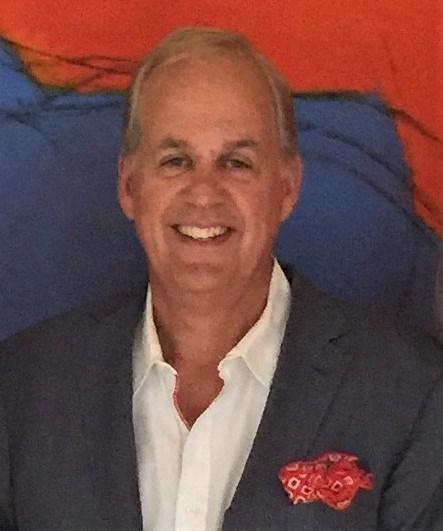 Dave Anderson, a devoted family man and industrial real estate broker, died May 8th at the age of 63 in Dallas, Texas after a 3-year battle with pancreatic cancer. Dave is survived by the love of his life, Carol Zielinski Anderson, his wife of 33 years and his devoted children, his son Patrick James Anderson, his wife Sarah Baccich Anderson of Dallas and his daughter Jaclyn Welty Anderson of Dallas. Dave was born to Gordon C. Anderson and Marjorie Welty Anderson and was raised in Northfield, Illinois. Dave was the youngest of six and treasured special times with his siblings and lifelong friends. Dave attended New Trier West High School and enrolled at Southern Methodist University in 1973 in Dallas, Texas. During his time at SMU, Dave received a BBA in Marketing and was the Vice President of the Kappa Alpha Order fraternity. SMU was the cornerstone to building his career. Upon graduating SMU, Dave joined Bethlehem Steel Corp where he worked in sales for six years in Bethlehem, PA, New York City and Shreveport. Deciding on a career change, Dave found his life’s calling at Coldwell Banker, the predecessor to CBRE, in Dallas in 1984. His business pursuits were completely fulfilled by CBRE as he remained there for 35 years, transacting an impressive 100 million square feet of industrial space and selling 10,000 acres for development of 150 million square feet. Dave attained the honorary title of Vice Chairman, an accolade which is achieved by less than 1% of CBRE's producers. He received many notable awards such as being the only 5-time winner of NAIOP's North Texas Industrial Broker of the Year. At CBRE, he achieved the Colbert Coldwell Circle Award for top 3% national producers eleven times and is the only broker nationally to win both the highest individual award, the Edward S. Gordon Memorial Award for creativity in solving clients business needs and the top industrial award and the Dave Haggerty Award for teamwork and leadership. Dallas Business Journal and D CEO both honored Dave with their Lifetime Achievement Award, and he was recently honored with a road named after him, Anderson Way. More important to Dave than his career successes were his lifelong friendships that he cherished, those going back to Northfield, SMU, Bethlehem Steel, Dallas and CBRE which included peers, clients, competitors, and many others. For those who stayed close to him during his battle he was truly thankful. In addition to his immediate family, Dave is survived by his loving siblings Karen & Mike O'Brien, James & Trisha Anderson, Christine & Dave Chadwick, Tom Anderson, William & Brit Anderson, his brother-in-law Tom Zielinski and his fiancé Nancy Buschel and all his caring nieces, nephews and their beautiful children. Memorial Mass and celebration to be held Monday, May 13th at 1 pm at St. Rita Catholic Church, 12521 Inwood Rd, 75244. Celebration of Life immediately after from 2-5pm Arlington Hall, 3333 Turtle Creek Blvd, 75219. In lieu of flowers, memorials may be made to the David J. Anderson Endowed MBA Scholarship Fund in the Cox School of Business at Southern Methodist University, P.O. Box 750333, Dallas, TX 75275 or visit www.smu.edu/coxgiving or The Louis Zielinski Scholarship Fund, c/o Jesuit College Prep. 12345 Inwood Rd, Dallas TX 75244 or www.Jesuitdallas.org/memorialgifts.
See more See Less

In Memory Of David John Anderson