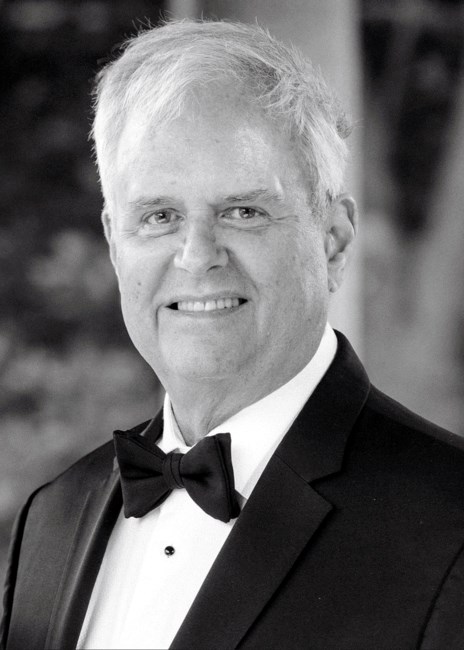 David L. Pope of Dallas, Texas, passed away on April 8, 2022 at the age of 72. He was born on March 8, 1950 in Lorain, Ohio. He grew up in Munster, Indiana and attended college at Purdue University where he met his wife, LuAnn. They moved to Dallas in 1984. David is survived by his loving wife of 47 years LuAnn; his son Jeffrey and wife, Kathryn of Dallas, Texas and daughter Jillian Marshall and husband, Stuart of Edmond, Oklahoma; five grandchildren, Jackson, Caroline, William, Thomas, and Graham. He is also survived by his brothers Mark, Douglas, and Jeffrey, his sister Kathryn Hoddeson, and eleven nieces and nephews. He was predeceased by his parents, Thomas and Eleanor Pope. David will always be remembered as a loving husband, father, brother and friend to all that knew him. He was passionate about music and singing, and loved collecting and playing guitars. He sang for four years in the Purdue Glee Club in addition to playing in several bands throughout high school and college. He shared his love of music with his children, family, and friends. In addition to his love of music, David also loved to travel and his career as a consultant allowed him to explore the world. Besides traveling all over the United States, David also spent time in Europe, South America, and Asia helping some of the world’s leading companies grow and maximize their potential. A visitation will be held at Sparkman/Hillcrest Funeral Home on Sunday, May 22nd from 4-6 pm with reflections beginning at 5:00 pm. A Funeral Mass is scheduled for 1 pm on Monday, May 23rd at St. Rita Catholic Community, followed by a reception. In lieu of flowers, the family suggests that memorial contributions may be made in David’s name to the Dallas Symphony Orchestra Endowment Fund at https://dallassymphony.org/tribute. Fond memories and expressions of sympathy may be shared at www.Sparkman-Hillcrest.com for the Pope family.
See more See Less

In Memory Of David Lee Pope