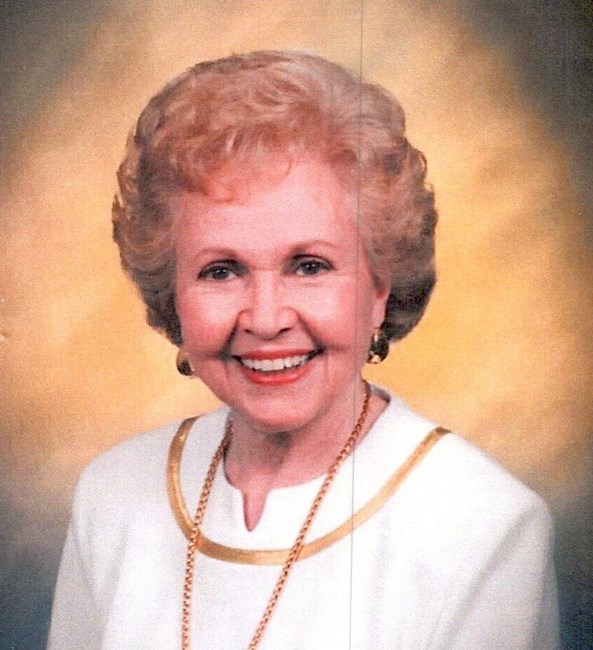 Born April 23, 1923, in Wichita, Kansas, and passed away August 4, 2022, at age 99. Doris moved to Dallas, Texas, as a teenager with her family. She graduated from Crossier Tech High School, Dallas, with Honors in 1940. She married Ernest W. Beck and they shared 25 happy years together until his death. During these years, they had two daughters and many family adventures creating life-long memories. Doris later married James A. Henderson living 45 years together and enjoyed traveling abroad. Doris worked 30 years for an architectural firm. She was a member of Lakeside Baptist Church for 67 years, where she was a Department Director, Teacher, served on numerous committees and was President of the LLL Club. In 1973 she was a member of the Times Herald Women’s Panel. She was a volunteer at White Rock Center of Hope, served on their Board of Directors and in 1993 was Volunteer of the Year. In past years, she served on Boards of Directors for the Family Council of Dallas and the Dallas Apartment Association. She also was a public speaker and storyteller. Doris is preceded in death by her first husband, Ernest W. Beck. She is also preceded in death by her second husband, James A. Henderson and three sisters and one brother. Doris is survived by daughters, Susan Jones and husband, Gary; Anne Orban and husband, Dennis; four grandchildren, three great-grandchildren and numerous nieces and nephews. Visitation Tuesday, August 9, 2022, at Sparkman-Crane Funeral Home from 5:00 – 8:00. Service on Wednesday, August 10, 2022, at 1:00 at Lake Pointe Church, 9150 Garland Rd, Dallas. Visitation at the church one hour before the service at 12:00. Internment at Restland Memorial Cemetery.
See more See Less

In Memory Of Doris Marie Henderson