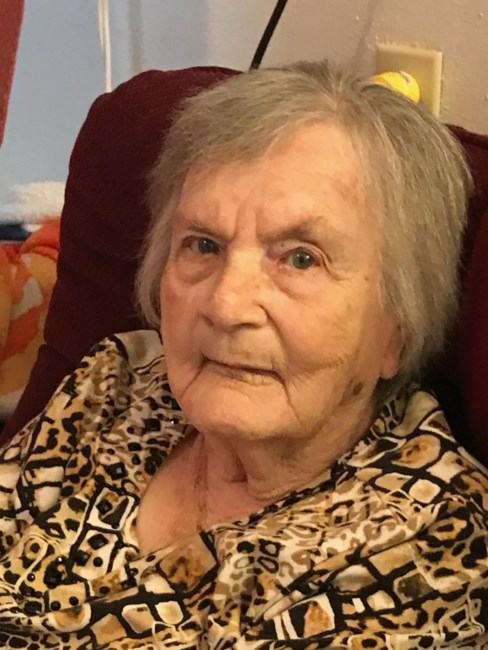 Dorothy Marie Cochran Davis, age 97, of Eustace, Texas, went to be with our Lord on January 14, 2023. She was born to Eula Bell Lytal Cochran and Paul Columbus Cochran on November 29, 1925, in Aberfoyle. Dorothy’s three younger brothers, Johnny Lee, Roy Dale, and Dwayne Ray Cochran precede her in death, as well as her husband of 51 years, Charlie George Davis, daughter Carolyn Davis Hall Haston, and son-in-law, Douglas Ray Haston. She was also the loving mother of daughter Glenda Davis Riddle and husband Steve of Talala, Oklahoma, son Bobby Charles Davis, and wife Toni of Rockwall. Dorothy leaves behind seven grandchildren, Lisa Hall Klein and husband Christian of San Antonio, Kelly Riddle Tate and husband Rodney of Austin, Christopher Hall and wife Karin of Corsicana, Justin Riddle and wife Linda of Owasso, Oklahoma, Angela Davis Meineke and husband Jeff of Rockwall, Brenna Davis Hairston and husband Chad of Royce City, and Jon-Anthony Davis and wife Roya of Olney, Maryland. She also leaves behind ten great-grandchildren, Kolten Bell and wife Madison, Kaden Bell, Brandon Hall, Breana Hall, Corbin Klein, Kaylee Hall, Kamryn Hairston, Kade Hairston, Nicholas Riddle, and Elizabeth Riddle. Also, one great, great-grandchild, Laney Jones. Dorothy met her husband, Charlie, in high school and they married on June 22, 1946, in Wolfe City. They bought a farm and worked it until deciding to move to Dallas for better opportunities. They settled in the Pleasant Grove area of Dallas, where they raised three children. After Charlie’s death on November 6, 1997, she moved to Eustace, where she lived for 25 years until she moved to Mabank Nursing Home, where she lived for 5 years until her death. Dorothy was a warm and giving mother, grandmother, and great-grandmother who loved her family dearly and would always ask “how are the kids”. Her soft spoken and gentle demeanor will surely be missed by all who had the pleasure of knowing her. Rest in peace, sweet lady. A graveside service for Dorothy will be held Friday, January 20, 2023, from 1:00 PM to 2:00 PM at 0988 - Grove Hill Memorial Park, 3920 Samuell Blvd, Dallas, TX 75228. Fond memories and expressions of sympathy may be shared at www.Grove-Hill.com for the Davis family.
See more See Less

In Memory Of Dorothy Marie Davis