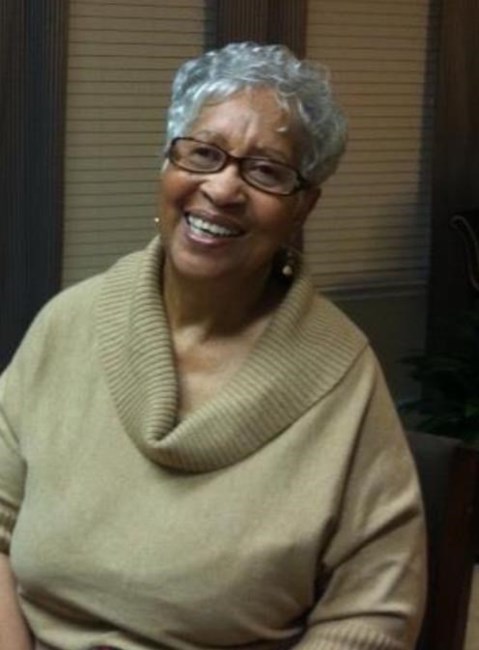 Dorothy Mae Mitchell Iles was born in Ada-Taylor, Louisiana on December 21, 1936, to Hazel Walker Mitchell and Deacon Harvey Monroe Mitchell, Sr. She was the youngest of two children. Her older brother Deacon Harvey Monroe Mitchell, Jr. preceded her in death (Frankie). Dorothy has three siblings Victor Mitchell, James Mitchell (Shanika), and Rhoshunda (Russell) from her father’s second marriage. She confessed a belief in Jesus Christ as a young child uniting with Pine Grove Baptist Church, Ada-Taylor, Louisiana. Growing up in a Christian home, her family later joined Mt. Calm Missionary Baptist Church in Minden, Louisiana where Dorothy played the piano for the youth choir. She was very active with the Southern Baptist Convention and a member of the Order of Eastern Star. Dorothy graduated in May 1955 from Webster High School, Minden, Louisiana, where she was nominated Miss Webster her senior year. After receiving her high school education, she attended Grambling College. In her freshman year, she was crowned Miss Freshman. Dorothy earned a Bachelor of Science degree in Business and Office Education and a Minor in Music. She earned a master’s degree from Texas A & M, East, Texas (formerly ETSU), Commerce, Texas. In 1959, her senior year of college, Dorothy married Leon Eric Iles (deceased) and to this union, two children were born. Erika Leontyne Iles-Thomas (Dexter) and Monica Alisia Iles. She and her family united with St. John Missionary Baptist Church, Dallas, Texas. Over the years Dorothy served as St. John Missionary Baptist Church Secretary and Iris Garden Club member. For more than 30 years she worked for the Dallas Independent School District as a Business Teacher at Thomas Jefferson High School, Roosevelt High School, and Business Management Magnet Center in downtown Dallas. Dorothy retired in 2001 from Barbara Mann Business School, Dallas, Texas. After moving to Houston, Texas with her youngest daughter, she became a member of the Church Without Walls. Dorothy lived a Christian life and was a model of God’s grace. To meet her was to love her. She was a devoted mother and wife. Her two daughters were her joy and happiness. She leaves to cherish her memory, three granddaughters, Tylynn Thomas, Kiera Thomas, and Denee Thomas. Three great-grandchildren Christopher (CJ) Williams, Draya Horton, and Mari Lewis, and a host of relatives and friends who love her and miss her dearly. Fond memories and expressions of sympathy may be shared at www.laurellanddallas.com for the Iles family.
See more See Less