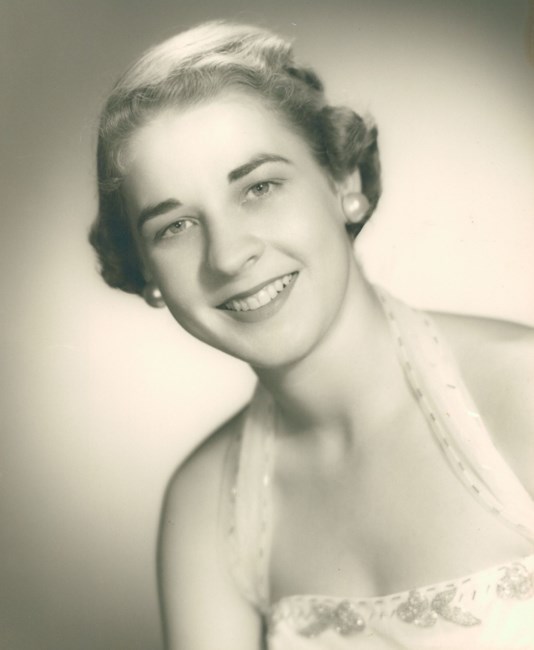 Esther “Diddy” Schroeder Ellis, 88, died peacefully at home surrounded by family October 25, 2019. She was born in Victoria, Texas, on October 16, 1931. She received her B.A. from Southern Methodist University and married Arthur S. Ellis, her husband of 64 years, in 1955. Esther worked as a flight attendant for Braniff International and later taught school before having two children. She was a member of Zeta Tau Alpha sorority for which she worked tirelessly throughout her life. She was also a member of Les Femmes du Monde, Dallas Council on World Affairs, and Clipped B’s, among others, and volunteered for North Dallas Food Bank. Memorials may be made to the Alzheimer’s Foundation or the charity of your choice. Esther was preceded in death by her sister, Kathryn Schroeder Jericho and brother, Arthur G. Schroeder, Jr. She is survived by her husband, Arthur S. Ellis; daughter, Frances Ellis Fox; son, Dr. Thomas S. Ellis and her grandchildren, Chris Fox, Charlie Fox, Chase Fox, Caroline Ellis, and Jordan Ellis, and several nieces and nephews. Funeral services will be held at Our Redeemer Lutheran Church at 11:00 on Monday, October 28, followed by a private interment at Sparkman Hillcrest and public reception at the church.
See more See Less