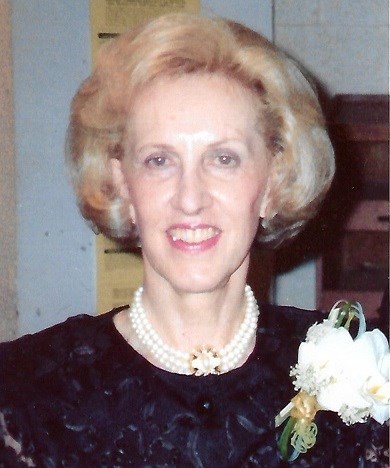 Gloria Graham Stroud (Dode) was born on August 8, 1926, in Cisco, TX, and passed away on December 16, 2020, in Dallas, TX. She began studying violin at the age of five with Wilda Dragoo and spent most of her life in the music business. She won a full scholarship to the Juilliard School of Music at the age of seventeen and studied under the renowned teacher, Louis Persinger. She also studied in Fontainbleau and Paris, France, under Jean Pasquier. During World War II she toured the Pacific Islands playing popular music in a string quartet from Juilliard. The quartet was sponsored by the U.S.O. and played in hospital wards throughout the Pacific Islands – Guam, Siapan, Tinian, Iwo Jima, Okinawa, Peleliu, Ulithi, and the Philippines. On Okinawa she met her future husband, Layden L. Stroud, Jr. and, after returning to the states after a few years, she left Juilliard to attend S.M.U., where Layden was studying. In S.M.U. she pledged Kappa Kappa Gamma and received a Bachelor and Master of Music Degrees. She was named the most outstanding music student in S.M.U. and also won the string division of the Dealy Competition, a contest for young artists. She and Layden were married in 1949 and that year began playing violin in the Dallas Symphony Orchestra. She represented the symphony in the first string quintet performances in the Dallas schools “Mini-Concerts”. Active in the recording industry since 1950, she worked for 19 different recording studios in the area and recorded thousands of TV and radio commercials, hundreds of pop records including such artists as Doc Severinsen, Ray Price, Benji Albumn and John Gary. She played music festivals in Mexico, Alaska and Austria and visited 96 countries of the world. Two of her favorite pastimes were shooting the rapids in a canoe with her husband and family and climbing mountains. After playing violin in the Dallas Symphony for 42 years Gloria retired in 1991. As a child she played the violin for patients in her father’s hospital, as an adult she played for wounded servicemen during the war, and after retirement she played in rest homes. She gave speeches called “Backstage at the Symphony” and demonstrated on the violin. She spoke at various clubs and churches in Dallas and surrounding towns. Gloria belonged to the Dallas Woman’s Club and the Dallas Garden Club and was program chairman of the Dallas Symphony Orchestra League from 1991 until 2015. During various times she was an officer of the Craig Class and the Dallas Dinner Dance Club. She was past president of the Book and Drama Club, president of the Shakespeare Study Club, president of the Calliope Dance Club and president of the Heritage Club. Her real love after music was the game of bridge. She became a Life Master bridge player. She is survived by two daughters, Sharon Stroud and Gloria Gantner and husband Tom Gantner, and their two children, Austin and wife Liz, and Rachael; and Layden’s family, Jan Stroud and nephews and nieces. There will be a private burial service. In lieu of flowers gifts to the Dallas Symphony Orchestra would be appreciated – Meyerson Symphony Center, 2301 Flora Street, Dallas TX 75201.
See more See Less

In Memory Of Gloria Stroud