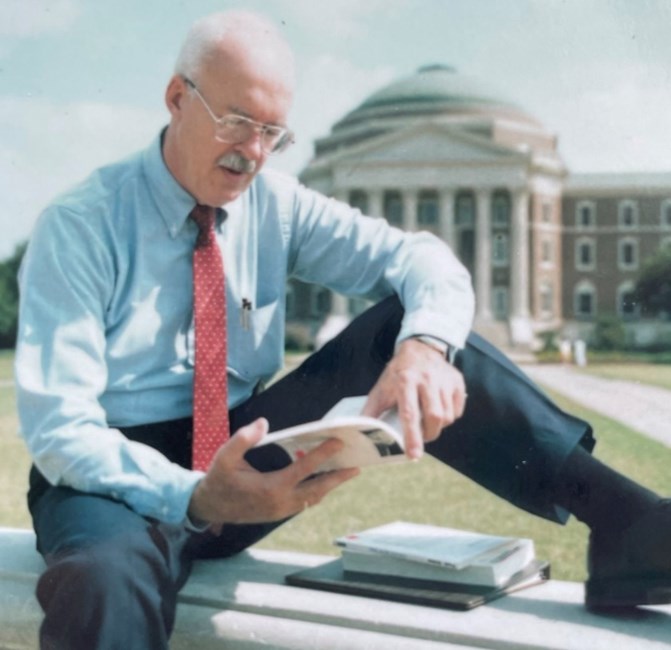 Guy Chamberlain, 90, of Dallas, Texas, passed away on Tuesday, September 20, 2022, surrounded by loved ones. He was born in Evanston, Illinois on December 1, 1931. He graduated from St. Edwards University in 1953 with a degree in Mechanical Engineering and later, in 1993, with a Masters degree in Liberal Arts from Southern Methodist University. He was married in April of 1955 to Maria del Carmen Cardell y Soler in Guantanamo, Cuba, where he was based while serving as a Navy Draftsman Third Class, involved in the construction of roads and buildings at Guantanamo Bay Naval Base. Following his honorable discharge, he and Carmen moved to Austin, and subsequently, Dallas, Texas, where he was first employed by Carrier Corporation. Following subsequent moves to El Paso and then Paris, Texas, they returned to Dallas, where he worked in virtually every area of commercial heating and refrigeration. A member of ASHRAE and AEE, he was also heavily involved in St. Pius X Catholic Church. He was an avid marksman and loved the outdoors but was, more than anything else, an avid scholar, surrounded by books, always learning. Following the death of Carmen, his wife of 48 years, he married Hester Beachum of Dallas, Texas in 2003, until her passing in 2019. He is survived by his sister, Ann Tibiletti, as well as by 4 children: Eileen and her husband James Sockwell, Karen and her husband Les Harris, Christopher and his wife Elizabeth, and Teresa and her husband Mike Kasher. He is also survived by 9 grandchildren and 6 greatgrandchildren. He will be interred at Sacred Heart Cemetery in Rowlett, Texas. To leave an online condolence to the family, please visit www.Sparkman-Crane.com
See more See Less

In Memory Of Guy Chamberlain