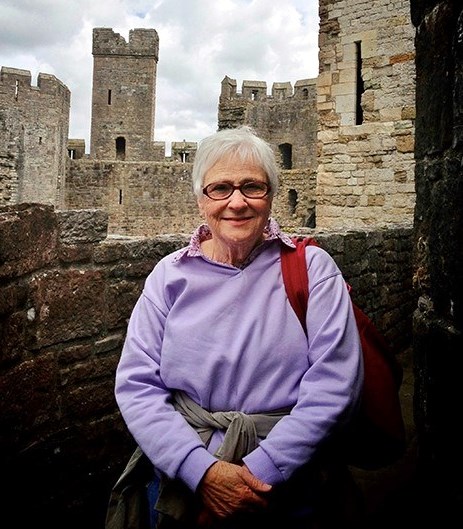 Community stalwart and former Grayson County educator Gwendolyn Blanton Grady passed away last week at the age of 82. She was born Aug.16, 1939, in Dallas and died Aug. 3, 2022, at home in Whitesboro. After a childhood in Carrollton, Texas, Gwen earned a Bachelor of Fine Arts from Texas Christian University and married seminary student William Albert Grady, Jr., also from Carrollton. He preceded her in death in 1965. Gwen then lived abroad in Gloucestershire, England, with her four-year old son Patrick and her two teenage sisters, Kathy and Karen. They were in England long enough for Patrick to start school before taking residence in Lake Charles, Louisiana. The Gradys moved to Whitesboro in 1973 and Gwen went to work for the Grayson County Special Education Co-op as a speech pathologist. She transitioned to Collinsville High School in the late 1970s where she taught English, government and drama. She also introduced French to the CISD curriculum and led the One Act Play troupe to UIL State Competition in the spring of 1982. She earned a Masters degree from North Texas State University and later went to work at Whitesboro High School teaching speech and drama. Eventually she retired from teaching and entered the private sector. She also spent a great deal of time caring for aging relatives. Gwen was a musician and taught piano lessons. She served as the pianist and music director at the Whitesboro, and later, Collinsville First United Methodist Churches, where she comforted and celebrated with others playing for countless weddings, funerals and church services. Gwen was an active member of Methodist Women’s Groups all across Grayson County and may be the first woman to wear Birkenstock sandals in Whitesboro. In addition to her husband, Gwen was preceded in death by her parents ,Walter and Beryl Blanton, and her brother Phillip Blanton. She is survived by her son Patrick Grady and wife Elizabeth, of San Antonio; granddaughter Eliza Grady of Chicago; grandson Wesley Grady of San Antonio; sister Karen Brenner and husband Tom of Chicago; sister Kathy Wiley and husband Fletcher of Austin; as well as a host of nieces, nephews, cousins, other relatives and friends. A memorial service will be at 11 a.m. ,Saturday, Aug. 20, at First United Methodist Church, Whitesboro. Interment will be held at a later date. In lieu of flowers, memorial donations can be made to Your Neighbor’s House, 201 S. Union St., Whitesboro, TX, 76273 or online at yourneighborshouse.org.
See more See Less

In Memory Of Gwendolyn Blanton Grady