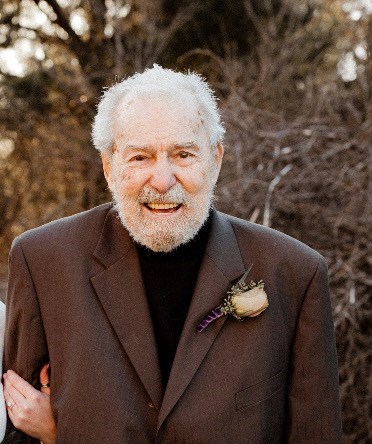 Obituary James Marion Freeman DECEMBER 12, 1935 – JANUARY 15, 2023 A funeral service in celebration of the life of James Marion Freeman, 87, of Grand Prairie, is scheduled for 10 a.m., Tuesday, January 31, 2023, at Laurel Land Funeral Home, 6300 South R.L., Thornton Freeway, Dallas, TX 75232. Committal service will follow at DFW National Cemetery, 2000 Mt Creek Parkway, Dallas, TX 75211. Mr. Freeman passed away on Sunday, January 15, 2023, in Arlington. James Marion Freeman was born on December 12, 1935, in Dallas, Texas, the son of Edward Albert Freeman and Dempsey Mae Adams. He was preceded in death by his parents; and grandparents, James Marion and Ida Mae Adams; and sister, Wanda Dixie. Survivors include his wife Eva of 64 years; sons, James Holt and wife Sylvia of Garland, Gene Freeman and wife Mari of Grand Prairie, and Jerry Freeman of Quinlan; daughter, Yvette Freeman-Gullet and husband Jimmy of Grand Prairie; brothers, Donald Freeman and Marilyn, Gene Briggs and wife Charlene; sisters; Patricia Isaac, Linda Adams, and Cathey Roswell; numerous grandchildren, great grandchildren, and even great great grandchildren; and a host of nieces and nephews. Serving as pallbearers will be his grandsons, John Freeman, Mario Freeman, Brady Holt, and Chris Freeman; and nephews, Larry Roswell, and Jason Ron Roswell. A visitation for James will be held Monday, January 30, 2023 from 4:00 PM to 8:00 PM at Laurel Land Funeral Home, 6300 South R.L., Thornton Freeway, Dallas, TX 75232. Fond memories and expressions of sympathy may be shared at www.laurellanddallas.com for the Freeman family. James Marion Freeman Sunrise 12/12/1935 - Sunset 01/15/2023 This honorable man was born to Edward Albert Freeman and Dempsey Mae Adams in the residence of his grandparents, James Marion and Ida Mae Adams, on South Blvd a few blocks from Fair Park Dallas, TX. It was where his mother was born 15 years prior. He was spoiled by his grandmother whom he called the “sweetest woman he ever knew”. Regardless of her spoiling he grew to be an example for his siblings to follow. Throughout his life he took care of his parents till their passing. Jimmy (as he is known by his family) started a family at an early age. He had 4 children. He married his beloved wife Eva while serving in the army, stationed in Panama. His Eva, infamous in all the hospitals he entered, for her name he shouted through the halls. I imagine Marlon Brando shouting “Stella-stella!” in The Streetcar Named Desire. She spoiled Jim for 64 years and would continue if he was still with us. He is survived by his wife Genoveva Freeman, his four children James Holt, Gene Freeman, Jerry Freeman, Yvettee Freeman-Gullett, five siblings Pat Isaac, Donald Freeman, Linda Adams, Gene Briggs, Cathey Roswell, and numerous grandchildren, great grandchildren, and great great grandchildren. He was a grandfatherly figure to all his nieces, nephews and countless people he came in contact with. He was proud of his ever-growing family. He would often say he couldn’t imagine there were so many, and he regretted he didn’t know them all and he wanted to but would say “time fly's by too fast”. Though he was a man of few words he had a wonderful grateful sense of life, love, humor, and wisdom. Again, expressed in a few words and if you were privileged to hear him, he would give off the sense you should know and understand fully. His history was always in Dallas, or the majority of it, until he ventured off for the country life in East Texas. His last chapters brought him back to Dallas County, where he was blessed with adopting new family members Josefina and a neighbor Olga, who touched his heart with much gratitude and appreciation. This kind, strong man will be truly missed because he was loved. We were blessed to know him. So please just remember, we all have a memory, just remember.
See more See Less

In Memory Of James Marion Freeman