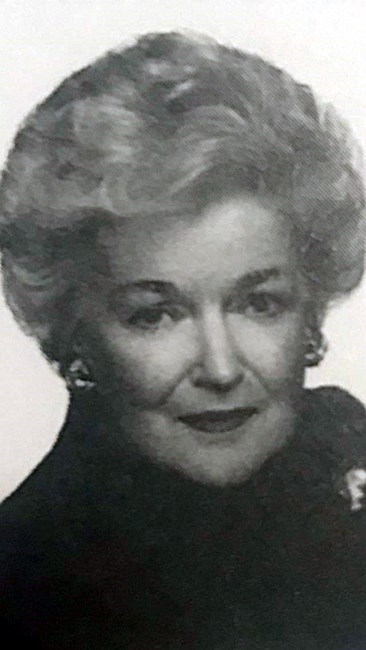 Jeanne Marie Kramer Daly passed away peacefully on April 1, 2020 at the age of 89. She was in the presence of her loving husband and four children. Jeanne was born on June 13, 1930 in Brooklyn, NY. She was the second of six children born to John and Margaret Kramer. Jeanne attended elementary school at St. Raymond’s Catholic School in East Rockaway, NY, high school at Marywood Catholic School in Scranton, PA, and college at Trinity University in Washington, DC. After graduation, Jeanne worked as a Social Worker on Long Island and spent most of her weekends at the Atlantic Beach Club (ABC). The ABC held a special place in Jeanne’s heart as it was where she met her husband of 65 years, Donald A. Daly, while watching him play tennis. Don and Jeanne were married on October 20, 1956 and raised four children in Rockville Center, NY before moving the family to Dallas, TX in January of 1972. While Jeanne was at first very reluctant to move to Texas, she ended up making incredible lifelong friends in Dallas and settled for long summers on Long Island surrounded by her siblings, nieces, nephews, and friends. Jeanne did it all. She was a regular volunteer at St. Rita Catholic School and Church; an avid tennis player at Las Colinas Country Club and Brookhaven Country Club; an active member of her book club and the Dallas women’s group, Harmony Club; and a successful realtor with Henry S. Miller and Virginia Cook Realty. Those who knew Jeanne would often comment on her class and poise. She always displayed the utmost confidence and had a distinct level of glamour, never leaving the house without a full face of makeup, impeccably sculpted hair, and perfectly polished nails in her signature Cajun Shrimp by OPI. Jeanne’s sophistication transcended into all facets of her life including her specialty “Sunshine” cocktail made of vodka, club soda, and a small splash of orange juice. And this drink was only to be served in a stemmed glass – for anything else simply wouldn’t do. These traits led to two nicknames. Jeanne was affectionately known as “Jeanne Jeanne the Glamour Queen” to dozens of nieces and nephews and as “The Countess” to her husband and many dear friends. Jeanne is preceded in death by her parents John and Margaret Kramer, Brothers: Jack and Billy Kramer. Sisters: Rita Titus and Midge Wilker. She is survived by her husband, Donald A. Daly. Children: Donald P. Daly and wife Pam, Mark Daly, Caroline Pace, Chris Daly and wife Betsy. Grandchildren: David Pace and wife Whitney, Alex Pace and wife Meredith, Stephanie Pace, Megan Pace, Kendall Daly, Kristin Daly, Billy Daly. Great Grandchild: Michael Pace. Our family would like to thank all of the caregivers who graciously cared for Jeanne throughout the end of her life. Due to COVID-19 restrictions in Dallas County, the funeral will be limited to immediate family. A memorial mass and celebration of life will be held at a future date for family, friends and others who Jeanne touched over the years. In lieu of flowers, please consider making a donation to the Multiple Myeloma Research Foundation at P.O Box 414238 Boston, MA 02241-4238 or themmrf.org.
See more See Less

In Memory Of Jeanne Marie Daly