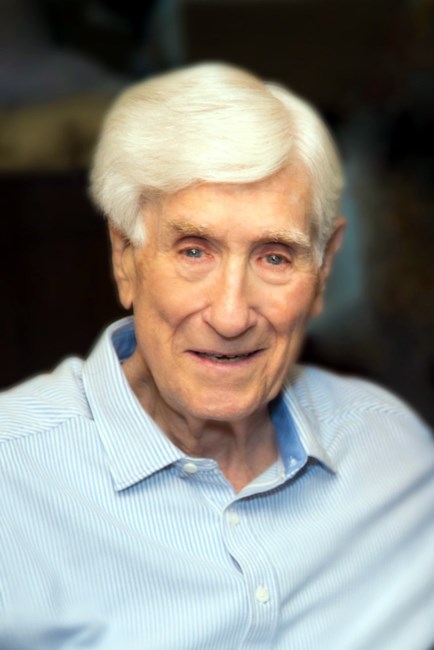 John Elliott (Jack) Gates prayed for a peaceful passing and was granted his request Sunday August 22, 2021 at home surrounded by family. Born September 7, 1939 in a log cabin in Marengo, Indiana, he was the youngest child of Teresa & Clarence Gates and was doted upon by his two older sisters. Jack excelled at sports the captain of the 1957 New Albany Basketball Sectional Championship Team. While attending Bellarmine College he spotted a beautiful nursing student across the room and sweet talked her into a date. By date three and their first kiss, bells rung and their adventure together began. After graduating from Indiana University, Jack embarked on his career in sales. Work for him was not about a paycheck but about the relationships. He traveled the world, discovered the best restaurants and bars, made friends with everyone and was a mentor and second father to countless individuals. Jack and Melva with their Hoosier hearts and three children in tow finally settled in Dallas in 1974. They became active members in the St Monica, Ursuline, Jesuit and St Rita communities where they made lifelong friends. Family was everything to Jack. He adored his children, loved his in-laws as his own and never hesitated to share life lessons with them. His grandchildren enjoyed boat rides, Saturday morning donut deliveries, convertible rides, afterschool snacks, beach trips and sharing sunsets with their number one fan Papa Jack. To honor Jack; love God, say the rosary, embrace your family, find a bar with good music and raise a glass to a life well lived. He is preceded in death by his parents and sisters Nadine (Marvin) Crecelius and Edna (Callie) Schmidt. He is survived by his wife of 60 years, his forever dance partner, his girl, the love of his life, Melva Ernstberger Gates. Their children, daughter Jenny and husband Steven Priddy, son John and wife Jennifer Gates and daughter Jeanne and husband Derek Howell. Grandchildren Jessica Gates Whitsitt (Will), Jordan Gates Vierling (Blake), Anne Marie Priddy, Savannah Priddy Overton (Tyler), Katie Howell, Patrick Howell, John Michael Priddy, Matthew Priddy. Great grandsons Gambill, Gates and Smyth Whitsitt. In addition to many faithful friends, colleagues and Gates/Ernstberger family members. Arrangements: Rosary, Thursday August 26, 7:00pm, St. Rita Catholic Parish Commons Mass of Christian Burial, Friday August 27, 12noon, St. Rita Catholic Church 12521 Inwood Rd Dallas, TX 75244 Private burial, Calvary Hill, Dallas, TX Donations: In lieu of flowers, donations may be made to St. Monica School Endowment Trust (Dallas), or St. Rita School Endowment Fund (Dallas)
See more See Less

In Memory Of John Elliott Gates