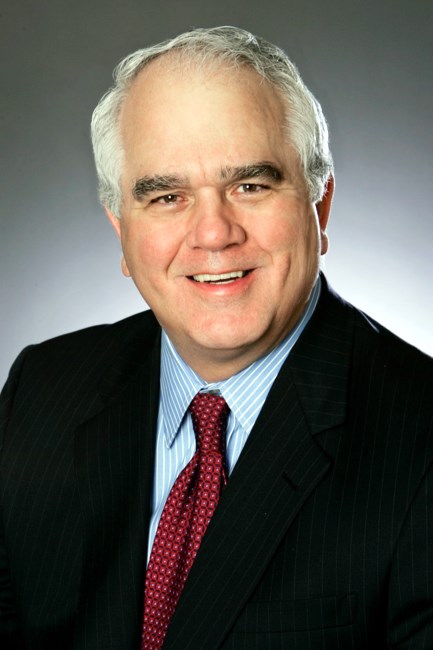 Joseph Wayne Fay, M.D., loving and devoted husband, father and grandfather passed away on Friday, February 18, 2022, at home with his wife and son. He was 75 years old. He was born May 4, 1946, to Rosalind Starling Fay and Joseph Nicholas Fay in Barberton, Ohio. He graduated from Barberton High School in 1964. Joseph met his wife, Joanne Marie Marinich, when both were 14 years old in their high school Latin class and they had been together for 61 years. After high school he attended the College of Wooster, where he graduated with honors in Chemistry in 1968. Joseph and Joanne were married after college graduation in 1968. Both in college and high school Joseph was an athlete and played basketball and baseball at the College of Wooster, holding the title for longest home run, until recently. After college, he attended the College of Medicine at The Ohio State University and was selected as member of the Alpha Omega Alpha medical honor society. During medical school he completed a surgical clerkship at Harvard Medical School, but ultimately decided to pursue the areas of hematology and oncology. He graduated from The Ohio State University Medical School cum laude and matched with Duke University Medical Center for his internship. During this time, they welcomed their first child, Nathan. While at Duke, he completed a hematology and oncology fellowship. He was commissioned as a Lieutenant Commander in the Navy for the National Cancer Institute at the NIH in Washington, DC. He returned to Duke University Medical Center in 1976 to develop a bone marrow transplant program. In 1982, he was recruited to Baylor University Medical Center, where he established the Sammons Bone Marrow Transplant program. Shortly after the family moved to Dallas, they welcomed their daughter Lauren. During his 35-year career at Baylor he helped pioneer the Marrow Transplant Service, the first transplant program established in North Texas. Joseph was among the first in the United States to establish clinical transplantation using unrelated hematopoietic stem cell donors. Joseph never stopped learning; he was a scientist as much as a physician and became known as a preeminent research oncologist. In the 2000s, he was named Director of the Baylor Institute for Immunology Research, where his research included immunotherapy research and novel cancer treatments with a focus on dendritic cell technology for the treatment of melanoma and other cancers. He received numerous NIH grants and he has over 150 abstracts and publications in peer reviewed journals and spoke about his research around the world. Some of the papers he co-authored are still in the publication process. He mentored numerous physicians nationwide to establish their own bone marrow transplant programs. He cared for his patients, making them laugh with his jokes and sharp wit. He still receives thank you notes and pictures from former patients. Dr. Fay appreciated the support at Baylor, the wonderful nursing staff and the physicians in his practice group, Texas Oncology. They knew no bounds and went to incredible lengths to care for their patients and families. During their 53 year marriage, Joseph and Joanne laughed, cried, bantered, traveled and loved fine dining and wine. In addition to Joanne, Joe is survived by his children, Nathan Wayne Fay and wife Kristin of Dallas, and Lauren Fay Holmes and husband Scott of Tuscaloosa, AL, as well as his five grandchildren, Matthew Fay, Franklin Holmes, Thomas Fay, Eleanor Fay and Vera Holmes. The family often traveled together and loved Bermuda, Italy, Scottsdale, San Francisco, and most recently, Rosemary Beach, Florida. Joe and Joanne were passionate about food and wine; some of their favorite memories together are dining in Dallas at the Mansion on Turtle Creek, Aurora, Javier’s and at their home where Joanne often prepared elaborate holiday meals for family and friends. Joe loved spending time with his grandchildren, including school carpool pick-ups, grandparents’ days, piano recitals, soccer games, baseball games, flag football games and ballet recitals. Joe often stayed up late watching the Dallas Mavericks and Texas Rangers, but loved watching the Buckeyes beat the Wolverines while Joanne cheered and yelled beside him at the top her lungs. He will be deeply missed by everyone, especially his grandchildren who refer to him as Poppy. They know Poppy is in heaven and with each of them every day.
See more See Less