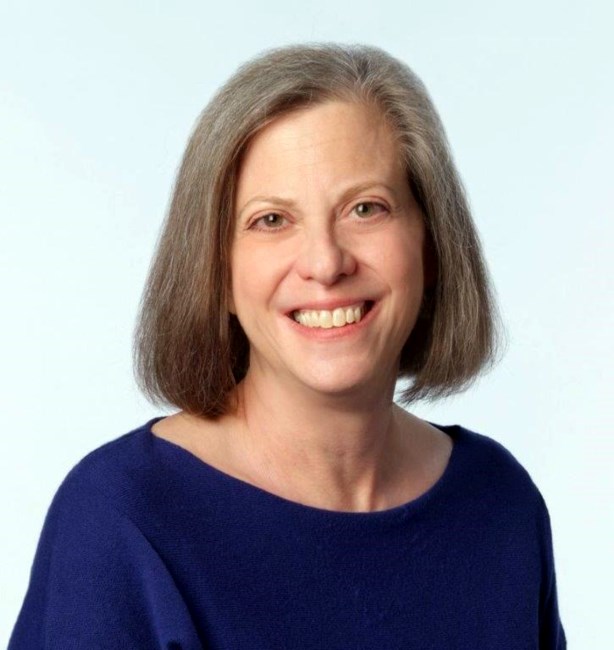 Karen Blumenthal, an accomplished journalist and author, advocate and volunteer, baker and stitcher, generous friend and devoted mother, died Monday following a heart attack. She was 61 and filled those years trying to make the world a better place. Karen spent 25 years in various roles at The Wall Street Journal, including Dallas bureau chief and personal finance columnist, and was a former business editor of The Dallas Morning News. Allergic to greed, corruption and empty promises, her writing cut through obfuscation and made challenging topics accessible to readers. She was a mentor to young journalists and an adjunct professor at three universities. She wrote 12 books for Macmillan, Random House and other publishing houses. She specialized in brilliantly telling compelling historical tales in ways that helped young adults make sense of a complex world. Her books won four top awards from the American Library Association. In February, The New York Times called her latest book JANE AGAINST THE WORLD, on the history of reproductive rights, ``gripping’’ and a ``legal thriller.’’ Earlier this month, her book BONNIE AND CLYDE won the 2020 Kentucky Bluegrass Award. She wasn’t afraid to take on big problems. Frustrated that budget cuts had decimated the Dallas Public Library system, she collected data from around the country and showed the Dallas City Council not only how vital libraries are today to education and economic development but also how underfunded Dallas libraries were. Her efforts with the Friends of the Dallas Public Library resulted in millions of dollars in additional funds for public libraries, enabling longer operating hours and stronger collections. She fought tirelessly for a plan to replace the Forest Green Library in northeast Dallas and, at the groundbreaking, Dallas Deputy Mayor Pro Tem Adam McGough said, ``We don’t name libraries in Dallas, but this one should be named for Karen Blumenthal.’’ She was currently serving on the Municipal Library Board. She was a determined volunteer and passionate learner at Temple Emanu-El, where she served on the Board and chaired many committees. Karen loved the Cowboys, Mavericks and Duke basketball as well as hippos, chocolate and stitching. She was an expert needlepointer, studying with leading teachers around the country, and loved to give away gorgeous ornaments, pillows, wall-hangings and jewelry cases to friends. She won at least 10 ribbons at the Texas State Fair. She also believed good cookies could improve any meeting, illness, celebration or hardship. She was known for her toffee oatmeal chip cookies and almost never went to any event empty-handed. At Passover, she shipped boxes of the most addictive matzo toffee to friends and colleagues around the country. Karen was born and raised in Dallas. She was valedictorian at Hillcrest High School in 1977 and an Angier B. Duke scholar at Duke University. She earned an M.B.A. at Southern Methodist University while working at the Journal, raising a two-year-old and pregnant with her second child. At Duke, she was editor of The Chronicle and always said she found her two great loves at the student newspaper: a career in journalism and her husband, Scott McCartney. She later chaired Duke Student Publishing Co., and helped lead the non-profit, independent publisher of The Chronicle through the Great Recession. In 2009, Duke honored her with its Futrell Award for outstanding achievement in communications and journalism. She is survived by her husband Scott; her two daughters Abby McCartney and Jen McCartney, who will always be the center of her spirit and her greatest pride; her mother Beverly Blumenthal; brother Brad Blumenthal (Lynn); in-laws Harriet Duke, Meredith Smith and Jeff and Becky McCartney; nieces and nephew Maggie and Wesley Smith and Emily McCartney. She was preceded in death by her sister Pam Blumenthal and father Bob Blumenthal. To honor her life, contributions can be made to Friends of the Dallas Public Library (supportdpl.org), Temple Emanu-El (tedallas.org) or Duke Student Publishing (dukechronicle.com). A memorial service will be held via Zoom at 1 p.m. CDT Wednesday, May 20, 2020. You can also salute Karen by working to repair the world and enjoying a great cookie.
See more See Less

In Memory Of Karen F. Blumenthal