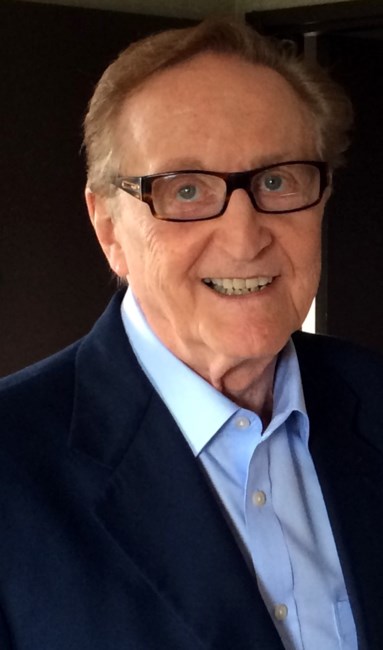 With profound sadness the family of Kenneth Z. Altshuler announces his passing on 1/6/2021 at the age of 91 years. Kenneth Z. Altshuler was born April 11, 1929, the son of Jacob and Altie (Rachel) Altshuler of Paterson, New Jersey. He graduated from the Cheshire Academy, Cornell University, and the University of Buffalo, from which he received his M.D. at the tender age of 23 years and one month.

After interning at Kings County Hospital, Brooklyn, New York, he served in the Navy from 1953-55, leaving the service with the rank of Lt. (J.G.) in the Medical Corps.

Subsequently, he received his specialty training in Psychiatry and in Psychoanalysis at Columbia University. Over the course of a twenty-two year career at Columbia, he became a pioneer in studying mentally ill patients with profound early deafness, and creating services for them. His work was made part of the State services for the mentally ill in New York, and was duplicated in several countries overseas. In addition, he researched extensively in sleep and dream physiology, and was one of the earliest to work and research in the field of geriatric psychiatry.

He taught psychiatric residents and psychoanalytic trainees, and from 1973-1977 was in charge of all undergraduate education in psychiatry at Columbia University’s College of Physicians and Surgeons. For his research while at Columbia, he received the Wilson Award in Geriatric Psychiatry, the Merit Award of the Association of Psychoanalytic Medicine, and an Honorary Doctorate of Science from Gallaudet College for the Deaf in Washington, D.C. The program for the deaf he helped establish in New York was awarded a Certificate of Special Achievement by the American Psychiatric Association (APA).

He left Columbia University in 1977 to become the Chairman of the Department of Psychiatry at UT Southwestern Medical Center in Dallas. Charged with building an outstanding Department from one that was virtually defunct, he recruited outstanding faculty, raised fifty-two million dollars in departmental endowments, and increased the full-time faculty from five to over one hundred.

Over his more than 20-year tenure as Chairman, the Community Mental Health program he established in Dallas again received the Certificate of Special Recognition from the APA. The Dallas Community Mental Health Center honored Dr. Altshuler with its’ first Trail Blazer Award and also named a Psychiatric Out-Patient Clinic in his honor.

Among his many other honors, Dr. Altshuler was awarded the Distinguished Alumnus Award from the University of Buffalo School of Medicine and the Outstanding Resident of the 1960 Decade by the Department of Psychiatry of Columbia University College of Physicians and Surgeons. He received the Texas Star Award from the Texas Mental Health Association, the Outstanding Psychiatric Award from the North Texas Society of Psychiatric Physicians, and he was a two-time recipient of the Prism Award for community service from the Dallas Mental Health Association.

Dr. Altshuler served on the Boards or Advisory Boards of Turtle Creek Manor, the Human Rights Initiative, Austin Street Shelter, Genesis Women’s Shelter, the Callier Center for Communication Disorders, Gilda’s House, and LifeNet; in 1999, Governor George W. Bush appointed him to the Board of the Texas Department of Mental Health and Mental Retardation (1999-2004).

Ken’s family provided his greatest joy. Growing up in a close-knit family, Ken was steeped in the strength of family bonds. He took genuine interest in the life and work of his children and grandchildren and was a ready source of thoughtful questions, humorous quips, compassion, patience, and sound advice. Each of them say they had a “special relationship” with him, and no question, all are correct. Notably, Ken passed his reverence for family on to his grandchildren, most indelibly as the host of an annual family vacation that featured daily tennis sessions-the highlight of everybody’s year.

In 1987 he married Ruth Collins Sharp, a woman of great distinction, outstanding leadership, and that rare person who is always ready to care for those in need. From then until late 2017, when she preceded him in death, they shared a relationship of tenderness, love, passion and understanding.

For those whose lives he touched, Ken was always a source of clear thinking and deep wisdom, a person to be counted on for kindness and intelligent support. He will be missed by many. A private graveside service limited to immediate family because of the covid-19 pandemic is planned. Condolences may be offered at: https://www.dignitymemorial.com/obituaries/dallas-tx/kenneth-altshuler-9993159.

If desired, memorial contributions may be made in Ken’s name to the Department of Psychiatry at the University of Texas Southwestern Medical Center: https://engage.utsouthwestern.edu/donate-now .

In Memory Of Kenneth Z. Altshuler,