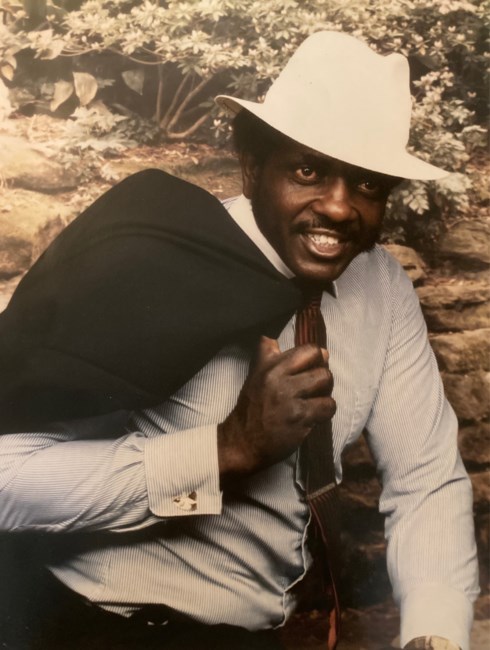 Leat Eagans was born on August 14, 1932 in Buffalo, TX. He was one of five children born to J.D. and Nannie Cleora (Price) Eagans. He received his formal education in the Leon County schools. After graduation he moved to Dallas and attended Wylie Extension College. He then married his love, Minnie Robinson. To this union 5 children were born: Terry (deceased) [Diane], Shanda [Donald, deceased], Gerald (deceased), Karla [Derrick] and Kelvin. They were married until she passed in 1983. Leat proudly served his country as a member of the US Army. While in the military he also learned and mastered barbering. After his time in the army he began his career at Braniff Airlines. His incredible work ethic, drive and determination ultimately led to his appointment as Supervisor of the Department of Fleet Service. He was a great provider for his family and after his day shift was complete at Braniff, he worked to build his own lawn care and landscaping business. One of his greatest passions was being outdoors and working with his hands. Once he left Braniff after 38 years of dedicated service, he ran his lawn care and landscaping business full-time and expanded his business model to include moving services. He maintained his business well into his seventies. Many of his clients considered him a dear friend and continued to keep in touch even after their business relationship ended because of his kind heart and willingness to help others. Aside from having a very successful career, he was first and foremost a family man. He poured into his children the value of working hard, the importance of perseverance and his love of Christ. When he wasn’t outside working in the yard, you could find him sharing his love of cars with his sons. He often spent quality time in the garage working on a project car with them and also made sure his daughters’ cars were well-maintained. One of his favorite past times was catching a race at the racetrack. His all-time favorite car was the American classic, Ford Mustang. Leat also enjoyed singing and playing the harmonica and guitar. He started a family tradition of singing hymns every Christmas Eve. He wanted to ensure that the true reason for the season was ever present. Leat married Freddie Rose Ransom in December 2000. They shared many years of love and wedded bliss until her death in 2018. Leat was a member and elder of Highland Hills Presbyterian Church for over 40 years. His love of Christ and strong desire to deepen his relationship led him to return to school and obtain a diploma in Spiritual and Intellectual Attainments from Southern Bible Institute at the age of 70. Leat is survived by his brother Ray Jay [Verelener]; 7 grandchildren, Kelvin Lewis [Kenitra], Alice Shawnta, Shinay, Jerell [Ditrell], Jasmine, Jordan and Justice; and 10 great-grandchildren, Tralonna, Keiara, Keiyana, Keinya, Keiliah, Karson, Alli, Isaiah, Carter and Jadyn; and a host of nieces, nephews and other relatives and friends.
See more See Less

In Memory Of Leat Eagans