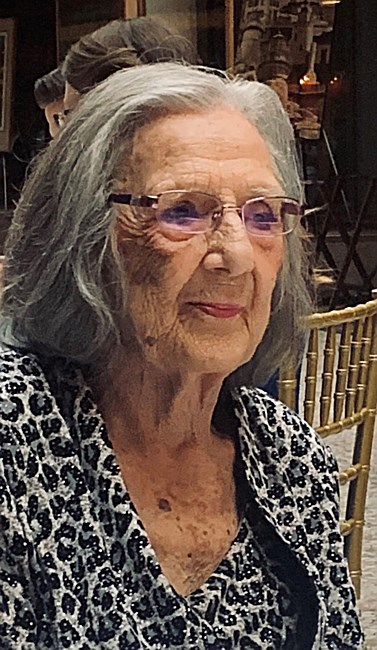 Mildred Marcella Mary Churry Colmery, age 97, was welcomed home by Jesus on April 19, 2021, surrounded by her family. Milly was born June 14, 1923 in Congo, Ohio, the only child of humble Hungarian parents Rose (Horvath) and Paul Churry. She grew up in Columbus, Ohio and attended West High School where she met her soulmate, Robert DeWitt Colmery, Sr. They were married April 4, 1944, the same day he was commissioned a 2nd Lieutenant in the Marine Corps—a marriage that lasted 64 years until his death in 2008. While her husband was serving his country during WWII, Milly completed her Bachelor of Science in Education degree at THE Ohio State University. After the war ended and Robert returned home, they moved to Chicago, Illinois so Robert could attend art school. While living In Chicago; Milly worked on a secret government project. Robert and Milly relocated to Quantico, Virginia where he became a Marine helicopter pilot/instructor. After Robert’s service ended, they moved to Cleveland, Ohio where they started their family. Robert and Milly were blessed with five children in four years. In 1961, the family moved for the last time and relocated to Dallas, Texas. Milly was an amazing Mom, devoted wife, and good friend to many. Her greatest pride was her family. She adored her four children, four grandchildren and six great grandchildren. She was actively involved in all her children’s activities. She enjoyed taking family road trips and vacations, as well as being a member of the Coral Gables Garden Club and neighborhood dinner Bridge Club. She gave her children the gift of Faith, baptizing them in the Church, attending Sunday Mass, and seeing that they fulfilled their sacraments of First Communion and Confirmation. Milly was a member of Mary Immaculate Catholic Church, and later St. Rita Catholic Church, where she and Robert were active in the RCIA program. After her children graduated and left the nest, she had a successful career as a Realtor/Broker for over 20 years. She was preceded in death by her son Paul Alexander, her parents, and husband. She is survived by her daughter Cheryl of Coppell, Texas; daughter Caren Childers of Corpus Christi, Texas; daughter Carla of Coppell, Texas; son Robert, Jr. and wife Julie of Dallas, Texas; grandchildren Jason and wife Tori; Robert III; Raquel; Chase Colmery Childers; step-grandchildren Justin and his wife Kristen; her great grandchildren Holland, Heidi, Hannah, Samuel, Weston, and Andrew; and step-great grandchild Faye. Visitation will be held at Calvary Hill Funeral Home & Cemetery in Dallas, Texas from 4:00 p.m. to 7:30 p.m. on April 27th. Immediately following visitation, a Rosary will be prayed in the chapel. The Mass of Christian Burial will be held at 11:00 a.m., April 28th, at St. Rita Catholic Church in Dallas, Texas with interment immediately following at Restland Cemetery. The Mass will be live streamed for those who are unable to attend, at this link https://youtu.be/HomRlgN7oS0. In lieu of flowers, please make donations to the following charities or to the charity of your choice: • Make a Wish Foundation (www.wish.org) • Semper Fi & America’s Fund (www.semperfifund.org) • St. Thomas More Newman Center Ohio State University (www.newmanconnection.com/locations/detail/ohio-state-university/st-thomas-more-newman-center) Fond memories and expressions of sympathy may be shared at www.calvaryhilldallas.com for the Colmery family.
See more See Less