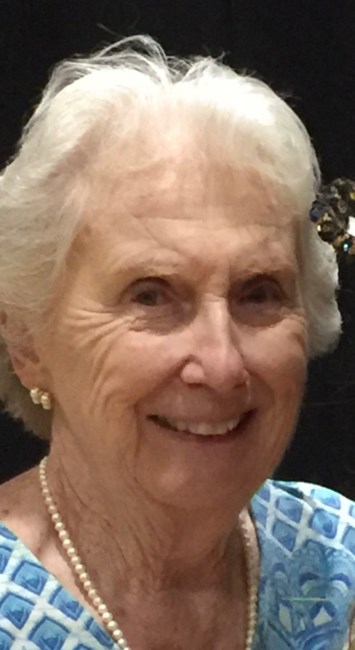 Moira Jane Savage passed away on April 7, 2022. She was 91. Moira was born in Oil City, PA, to Martin and Jane O’Donnell. Her family moved to Dallas when she was a young girl. Moira had three brothers, Rowland O’Donnell (deceased), Brian O’Donnell, Martin O’Donnell (deceased), Terrence O’Donnell (deceased) and 1 sister Patricia Herndon (deceased). Moira and her loving husband, Claude Thomas Savage, were happily married for 50 years until his death in 2010. Together, Moira and Claude lovingly raised 4 children, Colleen McNew (Phil), Carol Ryan (Kevin), Michael Savage (Elizabeth),and Barbara Savage. They were blessed with 10 grandchildren and 9 great-grandchildren. In addition to her children, Moira is survived by her sisters-in-law, Joan O’Donnell, Kathleen O’Donnell, Mary Forrest, her cousin Patricia Sharkey and many nieces and nephews. Visitation will be held on Wednesday, April 20, 2022, beginning at 6:00 pm with a 7:00 Rosary at Sparkman/Hillcrest Funeral Home, 7405 West Northwest Highway, Dallas, TX, 75225 Mass will be on Thursday, April 21, 2022, at 1:00 pm at St. Rita Catholic Church, 12521 Inwood Road, Dallas, TX, 75244, with graveside service immediately following at Calvary Hill Cemetery, 3235 Lombardy Lane, Dallas, TX, 75220. In lieu of flowers, memorial contributions may be made to St. Rita Catholic Church or to the Alzheimer Association. Fond memories and expressions of sympathy may be shared at www.Sparkman-Hillcrest.com for the Savage family.
See more See Less

In Memory Of Moira Jane Savage

Though services have passed, you can still send flowers to be placed on Moira Jane Savage's grave.