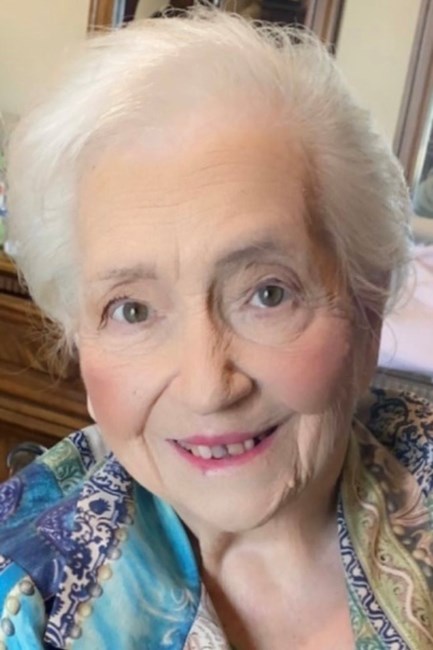 Peggy Maureen Arnold left her earthly home for her forever home with the Lord Jesus on the evening of January 19, 2022. Peggy was born on March 6, 1931, in Wapanucka, OK, to George and Mae Howell. Still a child, her family moved to Kansas City, KS, where she resided until marriage. Peggy was a graduate of Argentine High School. She married her husband Norman in January of 1953. She quickly became a Navy wife, stationed from one coast to the other. Together they created a beautiful family that included three children. Peggy and her family moved to Dallas, TX, in 1969. She was a homemaker until her children reached high school, at which time she began a new career at Lone Star Steel Inc. until retirement. Peggy and Norman enjoyed family, grandchildren and travel until his death in 1987. Peggy continued the business he had started for a few years and worked for her son-in-law until she retired for good at the age of seventy. Peggy remained active in her church and community. She belonged to many clubs through the years: PTA, with two terms as President, church choir, many church committees, North Dallas Women’s Club, Book Club and was a member at Park Forest, Northway and First Baptist Church in Irving. Peggy was a faithful servant of the Lord, devoted wife, wonderful Mother and best Grandma, Grams and Eggy ever. She was preceded in death by her husband Norman Arnold, parents George & Mae Howell, brothers Ralph Howell, Elvin Howell, sister Nita Russ and grandsons Evan and Gavan Piano. Left to cherish her memory are children David Arnold, Laurie Sneed (Johnny) and Julie Piano (Johnny); grandchildren Joshua Arnold (Amanda), Lindsey Santiago, Coia Sneed (Terrie), Casey Sneed (Tara), Courtney Newman (Joey), Hayden Piano, Jarred Piano, Parker Sneed, Schuylar Piano and Callie Sneed; great-grandchildren Chance Sneed, Noah and Ryleigh Santiago, McKenna and Kinley Sneed, Malli Rae, Tripp and Ruby Jane Newman; sister Betty Jo Dull and many loved nieces and nephews. Fond memories and expressions of sympathy may be shared at www.Sparkman-Hillcrest.com for the Arnold family.
See more See Less

In Memory Of Peggy Maureen Arnold