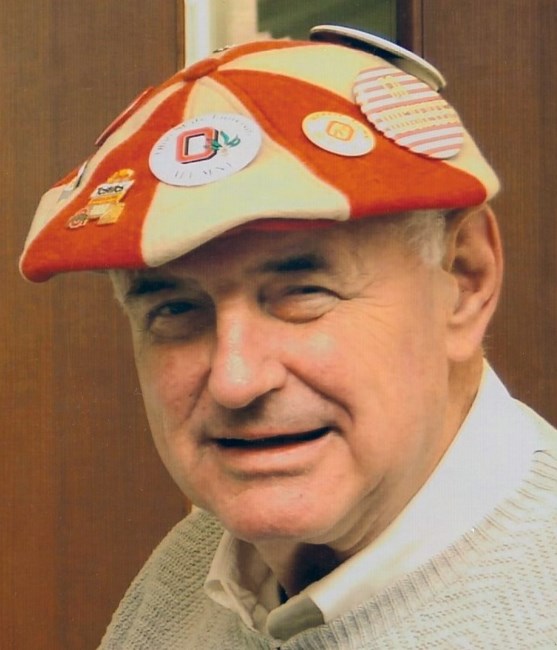 It is with great sadness that the family of Phillip Gordon Faulkner announces his passing on February 17, 2021, at the age of 84, from natural causes. Phillip “Phil” was born on October 10th, 1936, in Olean, NY to Gordon and Helen Faulkner. Phil attended Olean High School, along with his two younger brothers, Tom and John Faulkner, and graduated in 1954. He excelled in High School, lettering in football, and meeting the love of his life, Sue Ryan. Even though Olean was a small town, Phil managed to “create value” in his life, a phrase he used often during his lifetime. Phil and Sue were married and moved to Columbus, Ohio, where Phil attended The Ohio State University, graduating from The Fisher School of Business in 1958. It was in “Buckeyeville”, that Phil began his lifelong passion for the Buckeyes! After graduation, Phil’s first job took him to Denver, Colorado, where he worked for New York Life in commercial real estate lending, while spending his weekends on the ski patrol in the Rockies. Years later, a big promotion blew him and his family of four daughters to “The Windy City”, Chicago. It was here Phil became excited about the underground freight tunnels lying quietly under the city and later wrote a book about their history. He diligently worked to earn his MAI designation by the age of thirty, the youngest in the country at the time. He also took great pride in helping to acquire the land for the Chicago Sears Tower, one of the tallest skyscrapers in the nation. Opportunity came knocking again for Phil in 1971, and took him and his family to Dallas, Texas, where he became President of USLIFE Realty Services. Here he became involved in the German Frohsinn Singing Society, the Irish American Society of Dallas and was voted “Irish Person of the Year” in 1996. He also was an active supporter and former President of the DFW Ohio State Alumni Club. His lifelong passion for travel soon started where he traveled, with Sue, over four million miles around the world, visiting all 7 continents. His love of genealogy aided him in finding his Irish family roots in Tralee, Ireland, in 1990 and becoming a Texas sponsor of “The Rose of Tralee Festival”. He attended the festival in Tralee every year for 32 years. His travel years flamed another goal of his as he learned to speak fluent German. After retiring from USLIFE in 1997, Phil enjoyed his many passions full time! He spent every Saturday in the Fall at the Ohio State “game watches” in Dallas, cheering on his Buckeyes, enjoying time with his seven grandchildren or having lunch with his many friends. Giving back was important to Phil as evident in his many contributions and donations to several organizations, including his alma mater, The Ohio State University and Catholic education. Knowing Phil Faulkner definitely “added value” to the lives of all those who were fortunate to know him and love him. Phil leaves behind his wife and best friend of 65 years, Suzanne Ryan Faulkner, daughters, Kathleen Faulkner Nunley, (Milford, NH) Diane Faulkner Eudy, ( Micheal, Dallas, TX), Margaret “Peggy” Faulkner, (Dallas, TX), seven grandchildren and two great grandchildren. He is predeceased by his daughter Deborah Faulkner Shea. (Paul, Dallas, TX) Funeral services will be held on Saturday, March 6, 2021, at 12 noon, at St Rita Catholic Church, Dallas, Texas. Memorial donations in memory of Phil may be made to: Jesuit College Preparatory School of Dallas, 12345 Inwood Road, Dallas, Texas, 75244 or The Catholic Foundation, 12222 Merit Drive #850, Dallas, Texas, 75251.
See more See Less

In Memory Of Phillip Gordon Faulkner