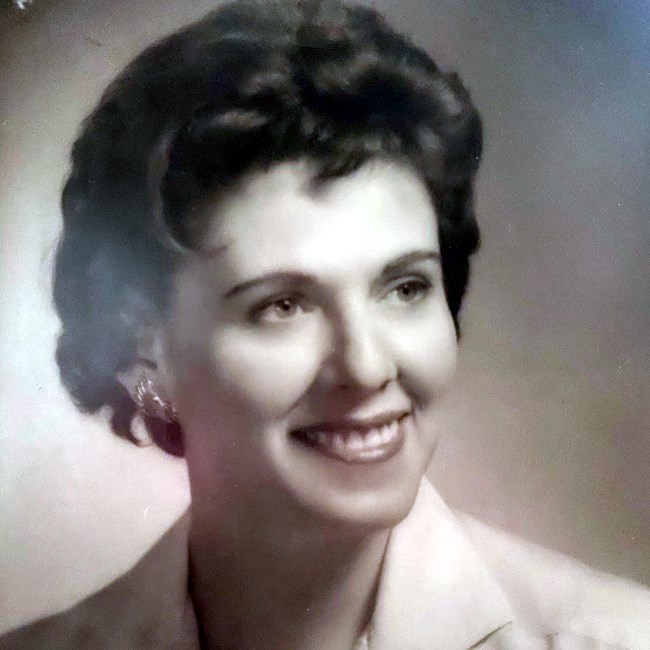 Shirley Shapiro Kaye of Dallas, Texas, passed away on Friday, July 29, 2022, four days after her 98th birthday, surrounded by family. Shirley was born in Brooklyn, New York, the daughter of Russian immigrants. She loved growing up in New York City with its cultural, arts and culinary offerings. As a teenager, she helped in her father’s butcher shop and babysat to earn money. She met her future husband, David, in an ice cream parlor in Brooklyn and they married soon after in 1943. Together, they travelled extensively throughout the United States for David’s military career to bases in Arizona and Louisiana, among others. She stayed behind in New York when David served in Italy as a bombardier navigator during World War II. Upon his return back in Brooklyn, they welcomed daughter Barbara in October of 1945 and son Steven followed in July of 1949, on Shirley’s 25th birthday. Her mother lived in a neighboring apartment and watched the children after school while Shirley worked. Later, after a short stint in Illinois, David’s career in optical sales relocated the family to Dallas, Texas, in 1957, where they continued to raise Barbara and Steven. She was a doting mother who sacrificed for their benefit and zoomed around town in a 1966 Chevy II Super Sport with an L79 Corvette engine, which was directly to blame for Steven’s penchant for fast cars and racing. In her adulthood, Shirley wore many professional hats such as bookkeeper for various businesses, French and Spanish tutor for children and interior designer. When Steven established his optometric practice in the Turtle Creek neighborhood of Dallas, she served as his practice’s bookkeeper until she was in her late seventies and was beloved amongst his staff. Shirley lived by the philosophy that life was short and that we should not get caught up in frivolous pursuits. She sincerely believed that the love of family was more important than all, which was evident in how she devoted her time. Her favorite phrase was “C’est la vie”, illustrating her resiliency, even temperament and ability to remain undeterred by life’s challenges and setbacks. Her quick-witted and self-deprecating sense of humor often lightened serious circumstances, and her laughter was infectious. She was practical with her finances and viewed her few pieces of quality fashion and furnishings as calculated investments. Throughout her life, Shirley attracted friends easily and enjoyed participating in bowling, tennis, golf, social outings and travel with them and with David. Her artistic talent was admired by all, using pastels, oil, acrylic and charcoal as her preferred mediums and many of her works hang with pride in the homes of her family members. She was a masterful bridge player and regularly completed Sunday crossword puzzles in pen. An avid reader, she would finish multiple mystery novels in a week. Shirley considered her greatest accomplishment in life to be the family she built. She was extremely proud of and active in the lives of her children and grandchildren, attending their events, supporting their education, babysitting, introducing them to the theater and taking them on trips to impart her love of travel on them. As matriarch of the family, she served as our common thread, peacemaker, curator of tradition and solid foundation. She will be dearly missed by all who knew and loved her. Shirley was predeceased by her husband of 54 years, David Earl Kaye; father Samuel Shapiro; mother Ann Trebicoff; and brother Arnold Spear. She leaves behind children Barbara Rigsby (Charles) of Wylie, Texas, and Steven Kaye (Helen) of San Antonio, Texas; as well as former daughter-in-law Robin Kaye of Dallas, Texas. She also leaves behind grandchildren Adrienne Caughfield (Lance) of Murphy, Texas; David Rigsby (Karin) of Lakewood, Colorado; Loren Pignone (Scott) of Little Elm, Texas; Rachel Kimball (Kevin) of Carrollton, Texas; Leanna Kaye of Houston, Texas; and Nicole Kaye of San Antonio, Texas. Additionally, she has several great-grandchildren: Megan and Erin Caughfield; Katie, Emilie and Andrew Rigsby; Gavin and Taylor Pignone; and Shane and Ryan Kimball. She also leaves behind nieces Stacey Spear Dunn and Shari Spear Lewinson; and nephew Michael Spear. Graveside services will be held at 10 a.m. on Saturday, August 6, 2022, at Sparkman-Hillcrest Memorial Park in Dallas, TX, where she will be entombed beside her husband, David. Fond memories and expressions of sympathy may be shared at www.Sparkman-Hillcrest.com for the Kaye family.
See more See Less

In Memory Of Shirley Shapiro Kaye